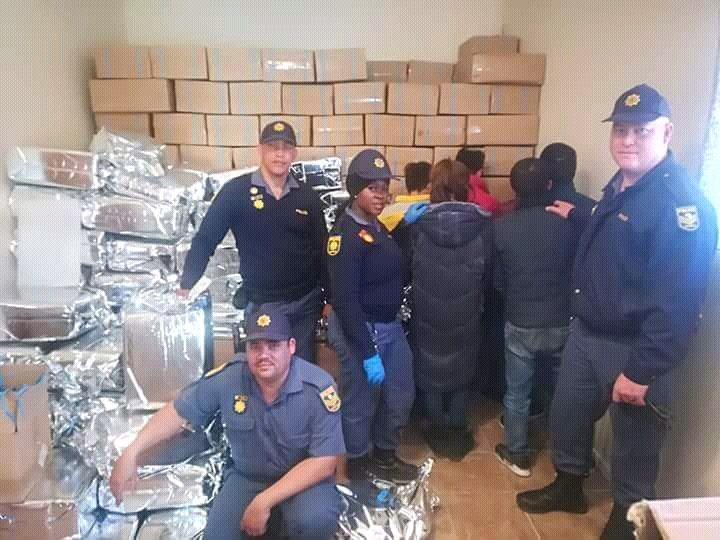 Members of the SAPS in the Northern Cape and the arrested suspects who are accused of allegedly selling counterfeit goods in Hartswater on July 17 2018
Image: Supplied/SAPS

Five men and a woman were arrested on Tuesday for producing counterfeit sanitary towels‚ shoe polish‚ food‚ condiments and other items.

“Upon arrival‚ police discovered the goods as well as equipment used to manufacture these goods such as sanitary towels‚ shoe polish‚ food‚ condiments and other counterfeit items.” 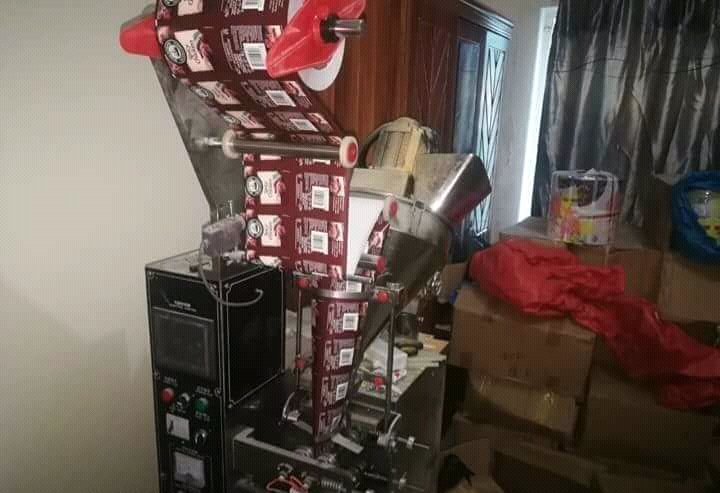 Five men and a woman were arrested in Hartswater, Northern Cape for allegedly producing counterfeit items on July 17 2018
Image: Supplied/SAPS

The suspects appeared in the Hartswater Magistrate’s Court on Wednesday.

Two of them‚ Kahgmin Li and Chen Wenhai‚ were granted bail of R10‚000 and R5‚000 respectively. The other four suspects will remain in custody until Friday for their formal bail applications.

Police buildings are a safe haven ... for criminals

Police residences should be free from illegal activity. After all‚ it’s here where our men and women in blue – the law enforcement officers whose ...
News
3 years ago

A tik cook was among five people arrested after special police units raided a “clandestine” drug laboratory on a plot south of Johannesburg.
News
3 years ago