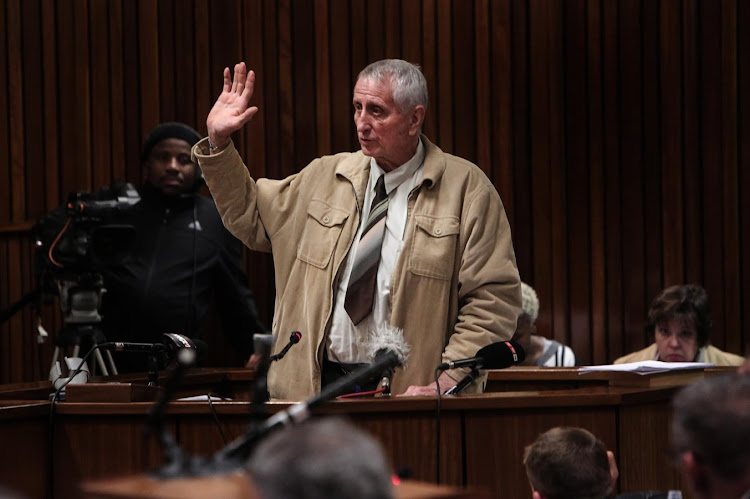 Apartheid activist Ahmed Timol’s family is relieved that somebody is finally being held accountable for his death after he “fell” from the 10th floor of a police building more than four decades ago.

Former apartheid-era police administrator Joao Rodrigues is appearing in the Johannesburg Magistrate’s Court on Monday in connection with the death - nearly 47 years later.

Rodrigues‚ 80‚ gave evidence in 2017 at the reopened inquest into Timol’s death. The inquest‚ at the Pretoria High Court‚ replaced a 1972 court finding attributing the death to suicide and replaced it with murder.

Rodrigues was a member of the security branch and the last known person to have seen Timol alive before the 29-year-old activist "fell to his death"‚ according to the official report‚ from a 10th floor window at John Vorster Square (now known as Johannesburg central police station) in 1971.

Rodrigues handed himself over to police on Sunday.

Imtiaz Cajee‚ Timol's nephew‚ said about Rodrigues's arrest: "One is filled with mixed emotions that more than four decades later I witnessed him handing himself over and having his first court appearance".

It’s been a long journey and we accepted fate that nothing would happen.

Cajee expressed gratitude to the director of public prosecutions for charging Rodrigues. "It’s been a long journey and we accepted fate that nothing would happen. [But in] nine months we’ve managed to overturn the outcome of [the death report via] the inquiry.

"We are happy that we will be able to get to the heart of the matter. It’s important for people like Rodrigues to disclose what happened as opposed to the inquests."

"The Timol matter is one of many. My heart goes out to Thembelihle Simelane's family for the Cradock four assassination‚" said Cajee.

Former apartheid security branch officer Sergeant Joao “Jan” Rodrigues will appear in the Johannesburg Magistrate’s Court on Monday on a charge of ...
Politics
3 years ago

The team of investigators‚ lawyers and human rights advocates behind last year’s reopening of the 46-year-old inquest into the murder in police ...
News
4 years ago