The death of Mark Minnie: What we know so far 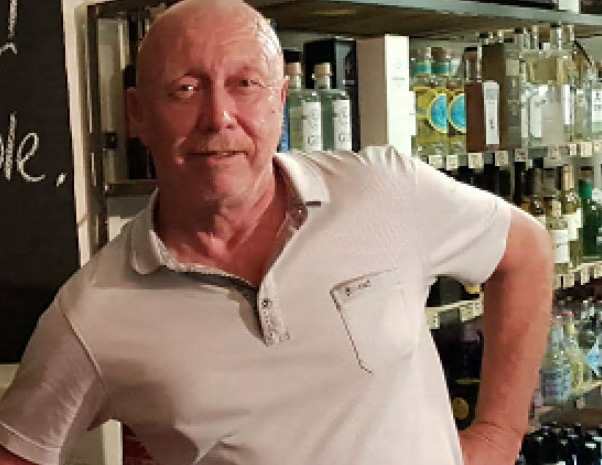 Nine days after the release of the book, The Lost Boys of Bird Island, co-author Mark Minnie was found dead.
Image: Supplied

The death of Mark Minnie, the co-author of controversial book The Lost Boys of Bird Island, has been riddled in suspicion, innuendo and many unanswered questions. Here is a breakdown of what you need to know about events leading up to his death.

The Lost Boys of Bird Island is released

On August 5 details from the book, The Lost Boys of Bird Island, sent shockwaves through the country as authors Mark Minnie and Chris Steyn detailed their investigations into an alleged paedophilia ring that operated during apartheid. The book claimed that three former National Party ministers, including Magnus Malan and one minister who is still alive, were key figures in the operation.

The book named Malan, then minister of environmental affairs John Wiley and Port Elizabeth businessman Dave Allen as being involved in the ferrying of coloured minors to Bird Island in Algoa Bay, where the children were apparently molested. Wiley and Allen committed suicide in the 1980s and Malan died in 2011.

The authors allege that police were halted from conducting investigations into the paedophilia ring and the activities of the ministers, as well as other people who were involved, were swept under the carpet.

Who is the unnamed minister?

Barend du Plessis who was finance minister in PW Botha's cabinet, released a statement a week after the release of the book. He said he was "apparently the third and up to now unidentified minister who is still alive" that the book refers to.

He said "the fact that I am now raising my hand is absolutely not an admission of guilt to these disturbing allegations. Rather this statement is a confirmation that I am clearly being identified in the book and in news reports, by referring to a former minister who is still alive, who has a holiday home in the Eastern Cape, and who was a frontrunner to take over from the then state president..."

"If the references are indeed about me, I will hold the authors, the publisher and the reporters responsible and answerable."

Two former journalists spoke to HeraldLIVE about their own investigations into the alleged paedophilia ring. Former photojournalist Colin Urquhart said he investigated the claims while working for Weekend Post and receiving a tip-off from a contact who worked on Bird Island. Another journalist, Gavin Evans, told HeraldLIVE he had asked Malan directly if he knew about what happened on Bird Island and he said he did, but not before asking "what are you accusing me of?"

A bullet to the head: Three 'suicides' and the 'apartheid paedophile ring'

A bullet wound to the head. That is the common denominator linking alleged suicides three decades apart that silenced three people with intimate ...
News
3 years ago

Just days after extracts of the book were published and the book was released for sale, Netwerk24 published an interview with one of the alleged victims of the apparent paedophilia ring.

Dubbed as "Mr X" the person claimed that he had been kidnapped, raped and forced to perform sexual acts by Malan.

The publication said it could not verify the allegations but ran the story because of the public interest. Netwerk24 also reported that the family of Malan denied the reports.

The authors stand firm on their claims

IOL reported that co-author of the book Chris Steyn said that any legal action by family members of those named in the book would be welcomed as it would "give us the opportunity to put more information before the court."

Just days before Minnie's death, both he and Steyn alluded to their safety being in question.

“I really did not think about the danger my life was in. I still don’t. If they kill me, it will be a good death and it will just make others more determined to keep digging,” said Steyn.

In the meantime Minnie urged people to come forward if they had any additional information.

Nine days after The Lost Boys of Bird Island was released, co-author Mark Minnie was found dead in Theescombe, Port Elizabeth. On 14 August police confirmed that he was at a friend's property, that there was a suicide note found next to his body and there was no suspicion of foul play.

The ex-policeman who co-wrote a book accusing apartheid ministers of paedophilia and who was found dead on Sunday evening, was in possession of ...
Ideas
3 years ago

Post the news of Minnie's apparent "suicide" News24 reported the authors had been receiving threats and there were anonymous enquiries about their whereabouts after the release of the book.

It was later revealed that the publisher of the book did not have a traditional book launch and instead the author's had one appearance scheduled at the Open Book Festival in Cape Town.

"I do not believe he would have taken his own life," one friend of Minnie's told HeraldLIVE.

The friend, who did not want to be named, said he believed Minnie had more information that he wanted to reveal and believed in this case.

"I am aware that he had photographic evidence he kept with him and did not want to publish him."

Minnie had gone to his friend, Brent Barnes' house, to "get out of the city."

Journalist Marianne Thamm, who wrote the forward for the book, said she knew that "he was terrified for his life."

As suspicion around Minnie's death lurks, a Facebook post by his son, Markus Mordiac, posted prior to 13 August went viral on social media. In it, he said the book opened his eyes to a lot of things about his childhood and he hoped justice would be served.

When dad finished this book he sent me a copy. I got through the first 2 chapters and then stopped, Tears and a heavy...