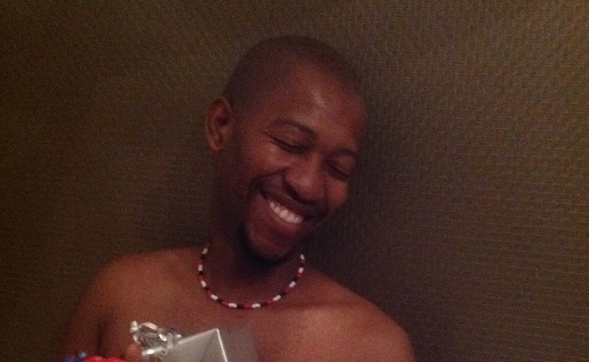 Errol Velile Present, the ANC employee who lost his job after he appeared in court in connection with a cash-in-transit heist. File photo.
Image: via Facebook

One of the men arrested along with disgraced former ANC branch secretary Errol Velile Present in connection with a cash heist in Dobsonville‚ Soweto‚ last month told the Roodepoort Magistrate’s Court on Friday that the police had tried to pin another heist on them.

Testifying in his bail application bid‚ Itumeleng Manama‚ who has a 2002 conviction of conspiracy to commit robbery said shortly after he was arrested in connection with last month’s heist‚ police from the North West came to see him at the police station.

“They said there was a case of robbery against me in the North West‚” Manama told the court.

“They didn’t say much. They said they would be back on Sunday. On Sunday they took me from the police station and we went to a building which I was told were the Hawks’ offices in the North West‚” Manama continued.

“There they tortured us‚” he said.

While he made no reference to Present during his testimony‚ Police Minister Bheki Cele had announced last month that Present had been suspected of being involved in the North West heist.

The bail hearing for four men – including axed ANC branch secretary Errol Velile Present – has resumed in the Roodepoort Magistrate’s Court on Friday.
News
3 years ago

Itumeleng Manama‚ arrested with a former Luthuli House employee after a Soweto cash-in-transit heist‚ has a previous conviction of conspiracy to ...
News
3 years ago

Speaking at a media briefing shortly after the group's arrest last month‚ Cele said: "This is almost his third cash heist‚ this guy. It is not the first one. Two are in the North West‚ plus this one (Soweto). Indeed‚ we have established who he is. He works for the organising department on a temporary basis at Luthuli House."

Manama’s description of the alleged torture they faced while at the Hawks’ offices was like a movie scene. It led to gasps and expressions of shock from the people seated in the court gallery.

He told the court that his hands had been bound to a chair. A cloth was put across his mouth and neck and rolls of tape had been plastered round his head.

“They also removed my trousers and a choker was plugged on both of my thighs‚” he said.

He said the episode lasted for quite a while.

“When they were realised that I was running out of breath‚ they removed the cloth that had covered my mouth‚” he said.

Manama said about eight police officers had been involved in the attack against him. While he did not know their names‚ he could point them out.

“They continued asking me what I know [about the North West heist] but I said I know nothing. From there‚ they took to me to the Klerksdorp police station‚” said Manama.

One of the men arrested alongside axed ANC branch secretary Errol Velile Present on Friday told the court that the State‚ which alleged they had ...
News
4 years ago

One of the men arrested alongside axed ANC branch secretary Errol Velile Present, in connection with a Soweto cash heist, on Friday took the stand‚ ...
News
4 years ago

His evidence in chief was cut short as proceedings were adjourned for the day‚ causing displeasure from his and other accused’s relatives who were in the court gallery on Friday.

The case was scheduled to continue on August 31.

Appearing in court on Friday‚ the four men had appeared more confident and had dumped the jackets and t-shirts which they had used to conceal their faces from the media during their last appearance.

Present‚ who was fired from his role as a national ANC organiser following his arrest‚ turned to the court gallery during the proceedings and winked at his family‚ seated in the wooden benches behind him.

So far‚ two of his four co-accused who have taken the stand have told the court that they knew nothing about the heist and were not involved in any way.

They all face charges of armed robbery‚ attempted murder and possession of hijacked motor vehicles.