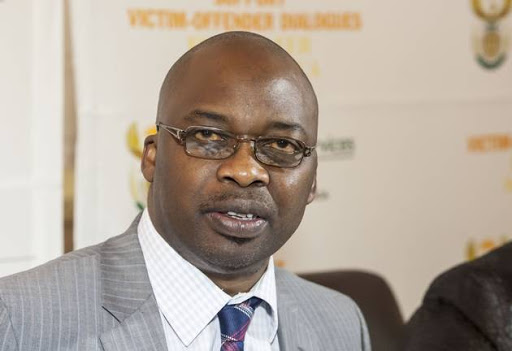 Minister of Justice Michael Masutha is on Monday expected to hold a joint media briefing with Fees Must Fall activists to discuss the outcomes of the memorandum they handed to him last week.

The briefing is scheduled to happen in Pretoria.

The students have called on Ramaphosa to grant them amnesty from the charges that they and others were charged with following the unrest that erupted during the fee-hike revolt.

As news of the joint media briefing spread‚ some students took to social media to declare that victory was near. Some of the prominent activists included former SRC leader Mcebo Dlamini‚ Bonginkosi Khanyile and Khanya Cekeshe.

Dlamini’s matter is expected to head to trial next month. Khanyile was convicted last month and is awaiting sentencing while Cekeshe is already behind bars.

Last week‚ the students handed a memorandum of demands to Masutha‚ which among other things called for a Truth and Reconciliation equivalent to find amicable solutions to the problems that arose as a result of the protests.

Minister of Justice Michael Masutha has received a memorandum from Fees Must Fall activists who are demanding they receive presidential pardon from ...
News
3 years ago

Former University of the Witwatersrand SRC president Mcebo Dlamini remains confident that Fees Must Fall activists will be pardoned.
News
3 years ago

The National Youth Development Agency (NYDA) has backed student activists who want President Cyril Ramaphosa to pardon them for acts committed during ...
Politics
3 years ago