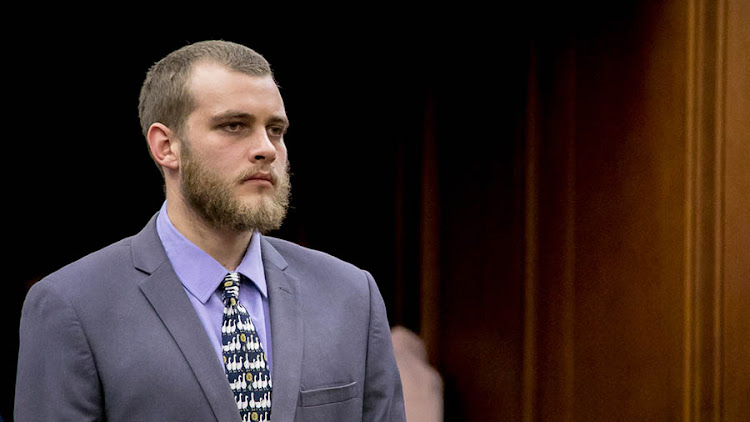 Marli van Breda was 16 when her brother killed their parents‚ Martin and Theresa‚ and older brother Rudi‚ and attempted to murder her.
Image: Anthony Molyneaux

Marli van Breda‚ the sister of family killer Henri van Breda‚ will remain under the curatorship of an advocate until just after her 21st birthday late next year.

According to a statement on Friday by Louise Buikman‚ “in terms of the order granted by Justice [Robert] Henney today‚ my curatorship is extended until 29 November 2019”.

Marli was 16 when her brother killed their parents‚ Martin and Theresa‚ and older brother Rudi‚ and attempted to murder her‚ and turns 20 this year. She will be 21 in October 2019.

A report from Buikman‚ who was appointed as Marli's curator three years ago‚ was considered by the high court in Cape Town on Monday.

The rest of the week was required to “allow the trustees‚ who are parties to the application‚ to consider my report. The report and the court file remain confidential and will not be disclosed to the media‚” said Buikman.

It is a week since Henri van Breda‚ convicted of the brutal slaying of his parents and brother with an axe in 2015‚ heard that his application for ...
News
3 years ago

Ahead of Henri van Breda’s sentencing earlier this year‚ prosecutor Susan Galloway summarised the hardships faced by Marli and said media attention was only “one small part” of them.

“She was a vulnerable schoolgirl who now has to grow up alone‚ knowing that her brother killed her parents and sibling. She has lost her family‚ home and everything else‚ and nothing will ever be the same again for her‚” said Galloway.

In a further bid to protect her privacy‚ Marli declined to give a victim impact statement to Galloway before her brother was sentenced to life imprisonment.

The terms of Buikman’s curatorship stipulate that she is the only person with whom the media can liaise when it comes to Marli. They also require the media to “exercise exceptional care and consideration when reporting about Marli”.

Marli only narrowly survived Henri’s axe attack at the family’s Stellenbosch home in January 2015 after putting up a major battle against him‚ according to evidence in the murder trial.

'Hopefully that's the last word on this case': Van Breda leave to appeal turned down

He could not have put it more simply: “Hopefully that is the last word on this case”.
News
3 years ago

By the time emergency services arrived‚ she was unconscious and bleeding at the top of the staircase‚ with the bodies of her parents and brother lying nearby.

Having witnessed such horror‚ and having had major blows to her head that caused a traumatic brain injury‚ she was left with retrograde amnesia and could not recall what had happened.

Henri van Breda received three life sentences for the murders‚ and 15 years for the attempt on his sister’s life. Last week‚ his high court application for leave to appeal was turned down.