'Hopefully that's the last word on this case': Van Breda leave to appeal turned down 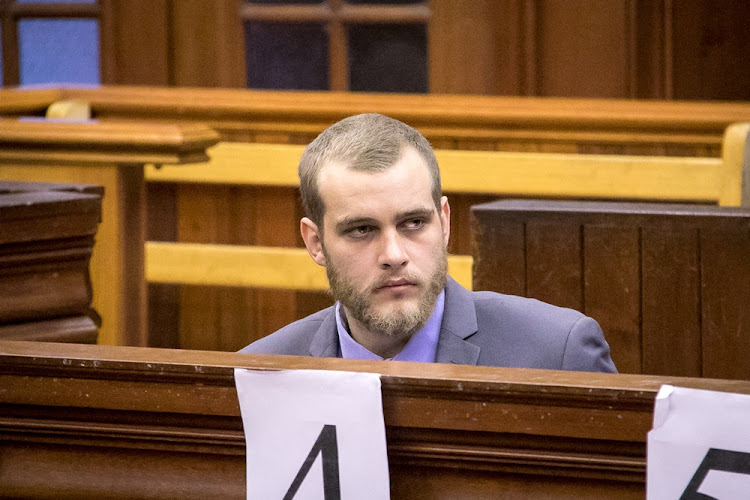 He could not have put it more simply: “Hopefully that is the last word on this case.”

So said judge Siraj Desai in the High Court in Cape Town on Monday when he dashed any hopes that the Henri van Breda axe murder convictions and sentences would move on to the Supreme Court of Appeal.

This means Van Breda‚ convicted of axing his parents and brother to death‚ and attempting to murder his sister too‚ is running out of legal aces up his sleeve.

His advocate Piet Botha was unlikely shocked when he heard in no uncertain terms that the application had been turned down since last week Judge Desai had said he needed a few more days to consider it simply “out of kindness”.

Judge Desai said on Monday‚ “Advocate Botha has not advanced any compelling reason” as to why the appeal should be heard or would have any “reasonable prospect of success” at the supreme court.

He said Botha’s seeking leave to appeal the conviction and sentence were “premised upon the argument that this court erred and misdirected itself” and that "the proven facts exclude a reasonable inference” that it was not Van Breda who carried out the brutal attacks at 12 Goske Street at the luxury estate in Stellenbosch in 2015.

Judge Siraj Desai denied Henri van Breda’s application for leave to appeal his three life sentences after being found guilty of triple murder on his family, and attempted murder of his sister. National Prosecuting Authority spokesperson Eric Ntabazalila spoke outside the Western Cape High Court after the proceedings on August 20 2018.

Judge Desai said the arguments presented by Botha this time around were “similar to‚ if not the same‚ as those presented during the trial itself.”

He added‚ “the evidence establishes conclusively that the applicant was responsible for the commission of these offences and there is no room for any reasonable doubt.”

He said the state had provided conclusive evidence in the matter.

On the life sentences‚ Judge Desai said that “little has been said to suggest that another court would differ in light of the heinous nature of the crimes and in the absence of any other factors apart from Van Breda’s youth and the fact that he has no previous convictions.”

The leave to appeal is refused‚ he concluded.

Botha told journalists after the conclusion that he has instructions from his client to petition the Supreme Court of Appeal directly and that this would be done within the stipulated fifteen days.