Union calls for TUT to be placed under administration 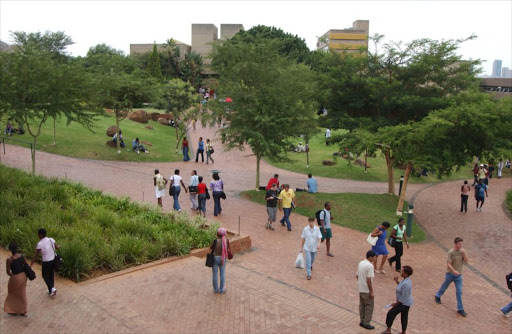 APSA has called on the TUT council to rescind the appointment of Lourens van Staden as acting vice-chancellor.
Image: Eric Malema

The Academic Professional Staff Association Trade Union (APSA) has called on the minister of higher education and training to put Tshwane University of Technology (TUT) under administration for allegedly disregarding statutes‚ rules and policies.

“The chairperson of TUT council‚ Dr Bandile Masuku‚ is serving a third term‚ against the University Statutes‚ while his appointment and extension of the contract of acting vice-chancellor‚ Professor Lourens van Staden‚ was declared illegal and unlawful‚” the union said in a statement.

“In light of the disregard of higher education statutory laws‚ policies and rules by Dr Bandile Masuku and Professor Van Staden‚ we reiterate our call to Minister [Naledi] Pandor to put TUT under administration‚ but to also investigate the procurement and contracting decisions taken by the institution for the past four years.

“We also want to warn Masuku that no amount of legal threats against our union will stop us from exposing corruption and maladministration as it rears its ugly and pervasive head.”

According to the union‚ the council of the institution had sought legal opinion on the appointments of Van Staden and Masuku.

“Therefore‚ council was not empowered by any of the statutes‚ rules or university acting staff policies to appoint or extend Professor Van Staden’s position for three years.”

The legal opinion obtained also concluded that the TUT council must rescind the decision to appoint Van Staden as acting vice-chancellor and advertise the position.

The question of the legality of decisions taken by the vice-chancellor during his acting period could be contested in any High Court‚ according to the legal opinion.

Tshwane University of Technology (TUT) students have vowed not to rest until the killers of Andries Katlego Monareng are criminally prosecuted and ...
News
3 years ago

Management of the Tshwane University of Technology broke their silence on Friday afternoon following the death of a student at the Soshanguve campus ...
News
3 years ago