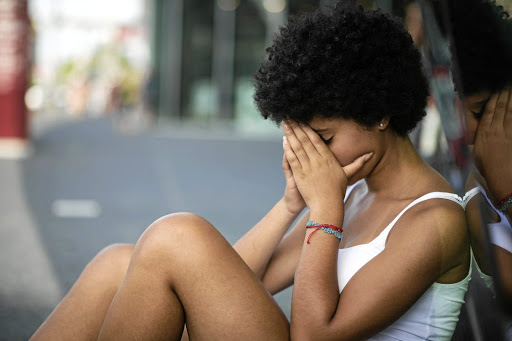 The rape survivor was speaking in the wake of public anger over how Cheryl Zondi‚ who was allegedly raped by Nigerian pastor Timothy Omotoso‚ was questioned in court
Image: 123RF

For rape survivors‚ retelling their story in court can be daunting and “horrifying” – and sometimes even worse than the experience itself.

So said one of the victims of former tennis champion Bob Hewitt‚ who was sentenced to six years in jail after being convicted of raping two teenagers and sexually assaulting another. The woman asked not to be named.

She said that facing up to the perpetrator and his ruthless defence team was extremely difficult.

She said that once she had established a pattern in the defence lawyer’s questioning‚ she gained confidence.

Hewitt‚ once a major name on the international professional tennis circuit‚ was convicted in March 2015 of raping two teenage tennis pupils and sexually assaulting a third in the 1980s and 1990s.

As Cheryl Zondi rapidly rises as the face of South African rape survivors, civil society has mobilised support for the young woman who has stoically ...
News
3 years ago

He was sentenced to six years in jail. He started serving his sentence at an Eastern Cape prison in September 2016 after an unsuccessful appeal that went all the way to the Constitutional Court.

Despite being able to hold it together and standing up to the defence during cross examination‚ the trauma of being “exposed” was there‚ his victim said.

She was speaking in the wake of public anger over how Cheryl Zondi‚ one of several women who were allegedly raped by Nigerian pastor Timothy Omotoso‚ was questioned in court during testimony this week.

Zondi has been hailed for her bravery and courage of facing up to defence lawyer Peter Dauberman during Omotoso’s trial at the Port Elizabeth High Court.

Dauberman‚ who is representing Omotoso‚ has since the start of cross-examination been accused of asking Zondi insensitive questions. Omotoso‚ 60‚ and his co-accused Lusanda Sulani‚ 36‚ and Zukiswa Sitho‚ 28‚ face a litany of charges ranging from sexual assault to rape and human trafficking.

“I can relate to her. My heart bleeds for her. Why do we have to prove that we are not lying?” Hewitt’s victim said.

The Commission for Gender Equality (CGE) will approach the judiciary and the General Council of the Bar (GCB) to discuss the “unfair” treatment of ...
News
3 years ago

“As much as I held it together‚ the experience was traumatic. The attorney kept on saying that I consented. I was only 12 years old. This business of us having to prove that we are not lying has to stop‚” she said.

“The trauma does not just end inside the courtroom. I was told by people outside court that I liked what happened to me. You can’t come back from that.”

This is a similar experience to what is happening in the Omotoso case‚ where the pastor’s vocal supporters have been present inside and outside the courtroom.

Although Hewitt’s victim had to face a barrage of “insensitive” questions from the defence‚ she found comfort in the fact that the presiding officer was “sensitive” to her feelings and the feelings of other victims in the case.

“Our judge was very sensitive to the fact that we were under pressure. He cleared the court several times while I composed myself.”

She said women who were victims of rape‚ and who were to testify in court‚ should stick to their story – even if they are accused of lying.

There should be clear guidelines on the kind of questions defence lawyers are allowed to ask when cross examining rape victims.
News
3 years ago

“There is no reason to worry. You just need to stick to your guns and never ever waiver. It’s difficult because you start doubting yourself‚” she said.

“This programme rendered by court preparation officers empowers victims and witnesses to have the confidence to appear in court and give their best evidence‚ preventing secondary traumatisation and safeguarding their rights‚” Mfaku said.

Court preparation officers‚ according to Mfaku‚ provided witnesses with tips before court‚ during court and post-trial.

“Fears and concerns about testifying will be addressed with the aim to reduce secondary victimisation‚” Mfaku said.

She slammed Daubermann's "vile" behaviour and said we need to reflect on "how this young woman is being treated in court. She is all alone."
TshisaLIVE
3 years ago

Observers who reacted with outrage to the cross-examination of an alleged rape victim by Nigerian pastor Timothy Omotoso’s lawyer might have broken ...
News
3 years ago