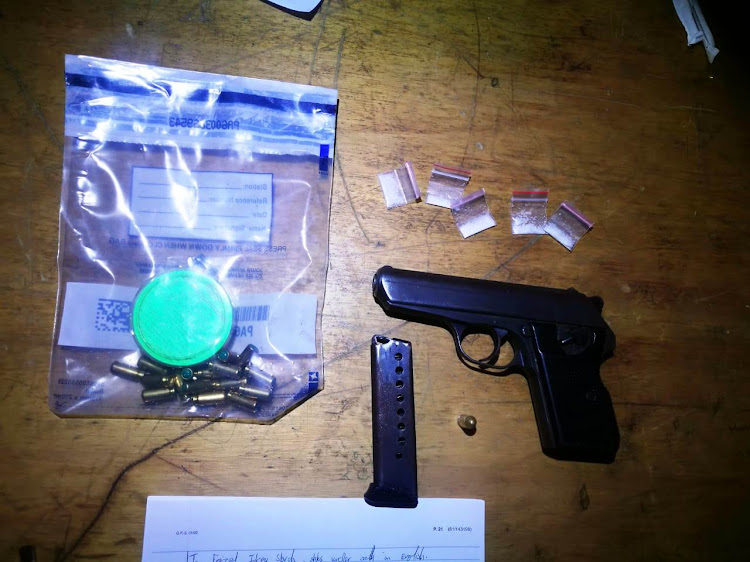 A pistol, ammunition and drugs seized in raids by the anti-gang unit on the Cape Flats
Image: South African Police Service

Two men were shot dead in a drive-by shooting outside a Cape Town high school’s matric ball on Friday.

The shooting happened outside Barron’s Estate in Philippi, a function venue that was hosting the matric ball.

Police spokesman Captain FC van Wyk said the victims were men aged 34 and 41 who were dropping off one of the pupils attending the ball.

“As they left the venue they were shot at by an unknown male who fired  several shots at the deceased's vehicle. The  two males died on the scene,” he said.

Crime scene experts were on the scene and detectives were “investigating all possibilities. Currently the motive is subject of the police investigation”.

TimesLIVE sources said one of the victims was a leader of the Americans gang in the Mitchells Plain area.

Video of the aftermath of the incident showed several bullet holes in the driver’s door window of a blue VW Golf.

The day before the shooting, six arrests were made in a series of Cape Flats raids by the police anti-gang unit. 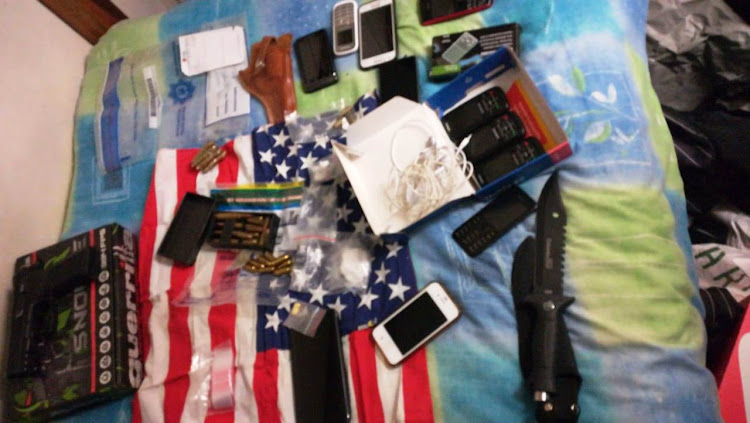 Some of the items seized by anti-gang unit officers in raids on the Cape Flats
Image: South African Police Service

Only four weeks after its official launch by President Cyril Ramaphosa, the anti-gang unit in Cape Town has arrested two of its own members.
News
3 years ago

Anti-gang unit off to a flying start, says delighted Cele

Police Minister Bheki Cele is ecstatic over the “successes” of the newly launched anti-gang unit.
News
3 years ago

The list of people allegedly connected to a large drug-smuggling operation in Somerset West is growing after police arrested two more men.
News
3 years ago