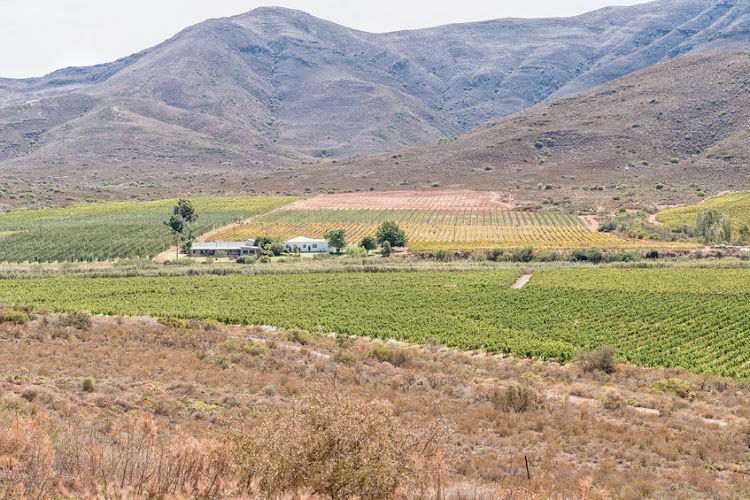 Vineyards in Bonnievale, where an elderly couple has been murdered on a farm.
Image: 123rf/Grobler du Preez

An elderly couple has been murdered on a Western Cape farm.

According to reports, the couple was shot on Zandfontein farm in Bonnievale on Thursday.

Provincial police spokesperson Sgt Noloyiso Rwexana said detectives were "working around the clock in an effort to find the perpetrators".

"A double-murder case has been opened for investigation, subsequent to an incident that left a couple in their seventies fatally wounded. According to reports, police attended to the complaint at Zandfontein farm," Rwexana said.

Call for action to stem crime in SA's agricultural sector

The Institute for Race Relations (IRR) is calling on government to act “appropriately” as the country’s agricultural sector continues to be ...
News
3 years ago

"Upon their arrival, police found the victims in bed with gunshot wounds to their bodies. Their vehicle was found abandoned on another farm."

No one has been arrested so far, said Rwexana.

Ian Cameron, AfriForum’s national head of community safety, said there had been more than 20 farm attacks in the Western Cape in 2018 and the latest deaths had pushed the number of fatalities to six.

"As far as I understand, they sustained serious upper body wounds and they were definitely shot," said Cameron.

"This is attack number 23 in the Western Cape for the year and this is the sixth murder on farms that we can confirm this year."

While 62 farm murders in 2017/18 pales in comparison with the 57 South Africans murdered daily‚ some believe the nature and impact of these murders ...
News
3 years ago

A total of 62 farm murders were reported in the past financial year in South Africa‚ according to the latest crime statistics released in Parliament ...
News
3 years ago