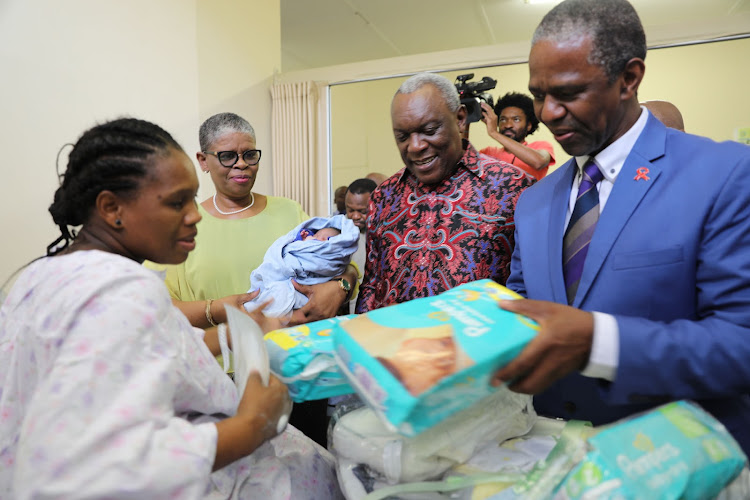 A 16-year-old became one of the country’s youngest new mothers on Christmas Day when she welcomed her baby boy at the Queen Nandi Memorial Hospital in Empangeni, in the north of KwaZulu-Natal.

And while KZN health MEC Sibongiseni Dhlomo welcomed the baby – and the other about four dozen children born in the province on Tuesday – he said he was concerned at the levels of teenage pregnancies. Apart from the 16-year-old, two 17-year-olds also gave birth in KZN on Christmas Day.

Dhlomo said society needed to do more to promote abstinence from sex and encourage family planning among young people.

Pupil pregnancy: So rife we need a policy on it

A classroom in a suburban KwaZulu-Natal school last month unexpectedly became a maternity ward when a teenage pupil went into labour.
News
3 years ago

“We’ve recorded three teenage mothers of the Christmas babies so far,” said Dhlomo on Tuesday morning. “One of them we’ve just seen at Prince Mshiyeni, a 17 year-old. The other one, who is 16, gave birth at Queen Nandi Memorial Hospital. This means she fell pregnant when she was 15 years old. Now, that worries us because a significant number of maternal deaths come from teenagers, because at that age you’re simply just not ready to become a mother.”

Dhlomo added that he was worried that the young mothers, out of fear, don’t come to hospitals early enough to receive the treatment they need.

“They hide the pregnancy until it is too late. We really want to encourage teenagers that, please, if you have started engaging in sex, you must have precautions to delay the pregnancy by other means. Family planning is one of them,” he said.

Cwele said during the visit he was glad the early birth registration process was proving a success.

“We use days like these to remind South Africans that for them it is important for their children to be properly registered. The birth certificate will give you access to all services. Whether it’s health, education, social services and other private personal affairs.” 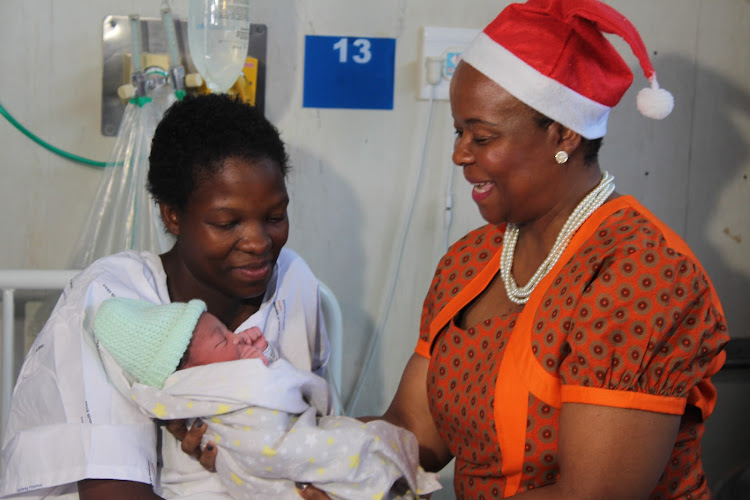 Meanwhile, the Gauteng health department said that 89 babies were born on Christmas day, with the highest number (14) born at the Tembisa Hospital.

Gauteng health MEC Gwen Ramokgopa said during a visit to new mothers in Sebokeng: “I encourage new mothers to practise exclusive breastfeeding for six months. Breast milk is very important in babies as it provides them with all the necessary nutrients that they need to grow up to be healthy and strong.”

She was also adamant that new fathers needed to be involved in the lives of their children.

“Fathers should be directly involved and take responsibility in raising their babies. This is a precious and golden moment to be shared with both parents. Mothers here indicated that the fathers are working. I call on employers to grant fathers paternity leave so that they can be part of this joyful moment and experience bonding with their babies immediately,” said Ramokgopa.

27 learners pregnant at a single school

Limpopo’s education department says it is concerning that 27 learners have been confirmed to be pregnant at one secondary school near Polokwane.
News
3 years ago

Schools in the Western Cape have reduced pupil pregnancies by 25% in two years — and the education department says a key part of its strategy has ...
News
3 years ago