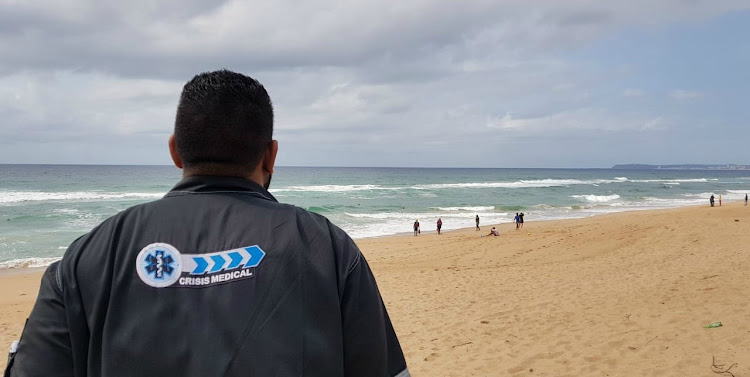 Emergency workers and police conduct an intensive search for a Durban man who is presumed dead after going for a swim.
Image: Crisis Medical

The body of a Durban man who encountered difficulty during a morning swim at Virginia main beach has been recovered.

The man found himself in trouble while out at sea on Tuesday.

Crisis Medical spokesperson Kyle van Reenen said a team had been dispatched after receiving a report that a man was in distress at Virginia main beach, north of the city.

"The 29-year-old man was noticed to be in visible distress and later seen to go under water.

"The police's search-and-rescue unit was called to the scene to conduct an extensive search for the man," said van Reenen.

Swim ends in tragedy for three boys at the Vaal Dam

A swimming outing ended tragically when police divers recovered the bodies of three boys who drowned in the Vaal Dam on Saturday.
News
2 years ago

UK golf star Charlotte Austwick is recovering in a KwaZulu-Natal hospital, after she and two others nearly drowned during a night swim on the south ...
News
2 years ago

Tragic end for Durban boy who was resuscitated after near-drowning

A four-year-old Durban boy died hours after being resuscitated after a near-drowning experience in a residential pool on Sunday.
News
2 years ago