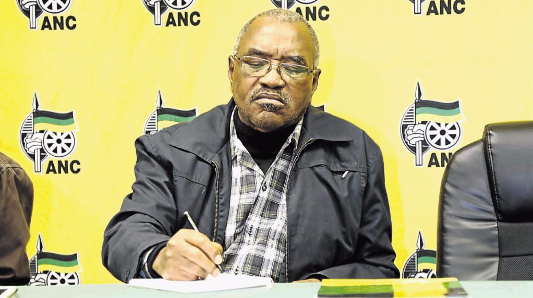 The total cost of damage to infrastructure as a result of the illegal protest by eThekwini municipal workers exceeds R3.5m, KwaZulu-Natal premier Willies Mchunu has revealed.

Mchunu was addressing journalists at the department of co-operative governance and traditional affairs (Cogta) offices in Mayville, Durban.

"The cost of the damage to date is over R3.5m for eThekwini municipal infrastructure. This excludes impact on the economy, which is still being quantified, and the cost of hiring privately owned water tankers where reservoirs and valves had been tampered with.

"We are informed that 90% of the water services have been restored," he said.

One dead, two injured and more than 30 arrested in violent Durban protest

Dozens of people have been arrested and two injured when police opened fire on protesting eThekwini municipal workers in Durban on Thursday.
News
3 years ago

Mchunu said the protests had affected international guests who had been in the city for the annual Tourism Indaba, Africa's biggest tourism event which showcases the continent as a good place for business and leisure tourism.

"We now have a situation where hotels housing international guests are without water.  On Wednesday, the metro police escorted water tankers to various hotels on the beachfront, as well as various areas across eThekwini such as KwaMakhutha, KwaMashu, Folweni ... This will have huge repercussions in the long term."

He said the origin of the crisis stemmed from a decision by the municipality to advertise 60 grade 10-level posts.

"In May 2018, recruitment was finalised, of which 145 candidates deemed to have been unsuccessful lodged a grievance over what they termed selective promotional appointments.

"The grievance started as an informal protest, with workers slowly leaving workstations unattended and gradually impacting on service delivery.

"On April 26 2019 the disgruntled employees downed tools following what they perceived to be a lack of response and explanation of the city's decision to promote employees, especially MKVA [Mkhonto weSizwe Military Veterans' Association] members," said Mchunu.

He noted that a joint operation centre had been established by an intervention team.

"As of Thursday, when workers started attacking their shop stewards at a feedback session at city hall, police had to intervene to disperse the crowd. In the process, one of the persons, we are informed, tripped while attempting to run away from the scene. Unfortunately he fell, hitting his head on a concrete pole. Sadly, we are informed he later passed away in hospital. We extend our heartfelt condolences to the family. A police investigation in this matter has been opened."

In efforts to address the unions concerns, Mchunu said the government had taken the following decisions:

• Appointed an independent attorney, Martin Potgieter, to investigate the allegations of assault against union officials;

• Advised the city to consider the reviewing and setting aside of the decisions which may have been improperly made. These include the amendment to the staff establishment and the grading and recruitment processes. The city is believed to be in the process of implementing this advice; and

• Referred the demands of the unions to the relevant bargaining council.

He cautioned workers against embarking on any illegal action that bordered on undermining the country's democracy.

"A court order has been obtained declaring that the strike is an unprotected strike, interdicting and restraining the unions and their members from participating in the strike.

"We ask of every stakeholder involved in this crisis to respect court decisions while negotiations are still ongoing. Any violation of the court order will lead to contempt of court proceedings, including criminal sanction, civil liability and disciplinary action."

TimesLIVE previously reported that 31 people were arrested on charges which vary from attempted murder, public violence, road traffic infringements, illegal use of council vehicles in the commission of crime, to serious damage to business property.

Mchunu called for consequence management on how the decisions that led to this crisis were implemented.

"By the same token we will ensure that the unions are held accountable and liable for all the damages that have been caused to the municipal infrastructure and property," he said.

The situation is tense outside the Durban City Hall, where thousands of protesting municipal workers have gathered over an ongoing dispute about ...
News
3 years ago