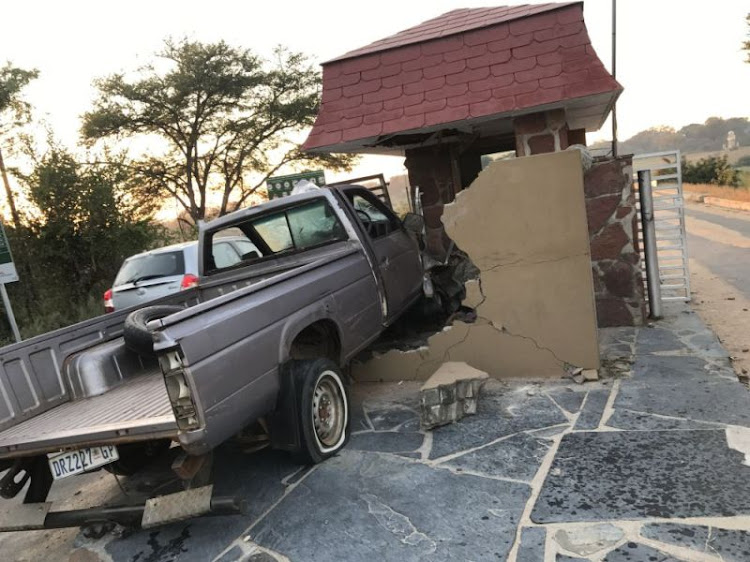 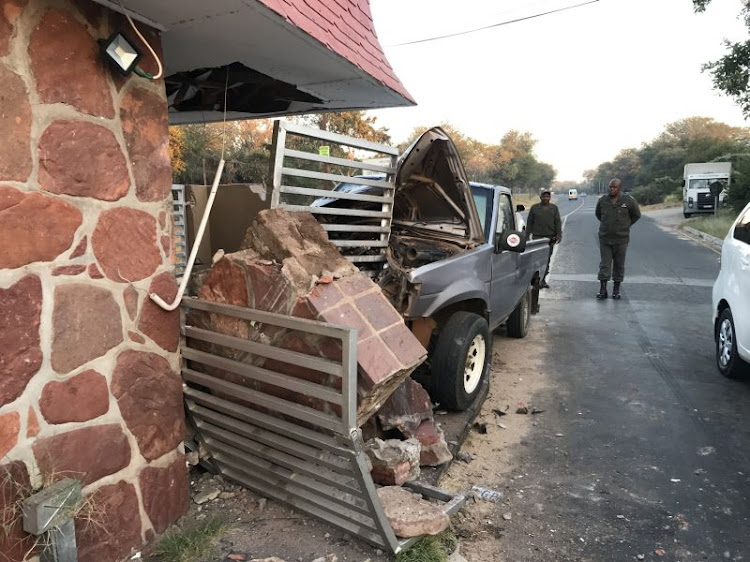 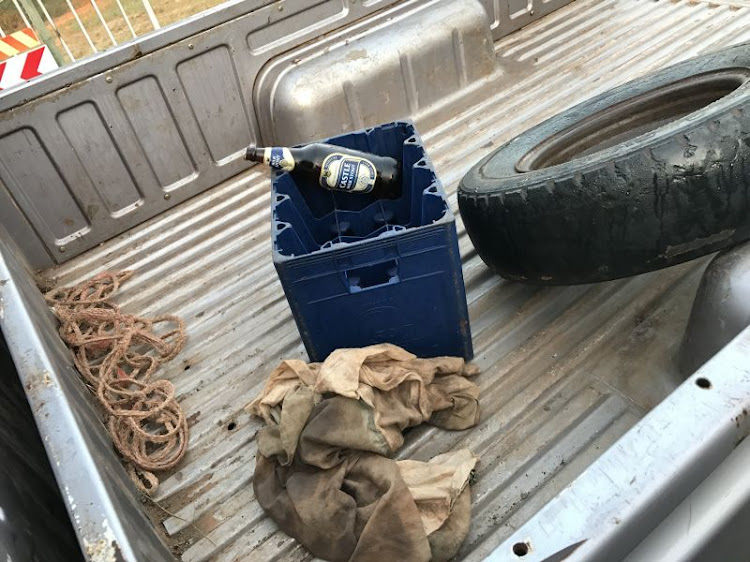 A bakkie and a car literally gate-crashed their way into the Kruger National Park on Wednesday evening within the space of just two hours.

"The vehicle smashed through the gate and went out the same way. The police were called and retrieved number plates. They are busy with investigations."

The second crash happened at 11pm.

"The vehicle smashed into the guard house. Fortunately the guards were outside and escaped injury, but one person in the car was transported to hospital with injuries," according to the Skukuza police.

SANParks tweeted photographs of the crash. They show the crumpled front end a bakkie with Gauteng registration plates planted through a brick wall at the guard house. A spare wheel, some rope and a stout bottle lay scattered around the back of the bakkie.

Phaahla said it was suspected that alcohol could have played a role in the crash, but added that police were still investigating the incident.

SANParks earlier anticipated possible delays but Phaahla said the road had subsequently been cleared and everything was back to normal.

Two accidents occurred at the Kruger Gate over night, and we urge our visitors to be patient as this might cause delays. The police are investigating the matter and updates will be posted as they are made available. pic.twitter.com/6w0s1ah2l8

North West cops in the dock for 'facilitation of bail' fee

Two police officers in North West were arrested for alleged corruption on Tuesday.
News
3 years ago

SANParks could toss curbs on boozing, rowdiness to attract millennials

Silence after 9.30pm has been the golden rule for generations of visitors to SA's national parks, along with strict curbs on boozing and rowdiness ...
News
3 years ago

An elephant, giraffe and a vulture were electrocuted in the Kruger National Park this week, the South African National Parks has confirmed.
News
3 years ago