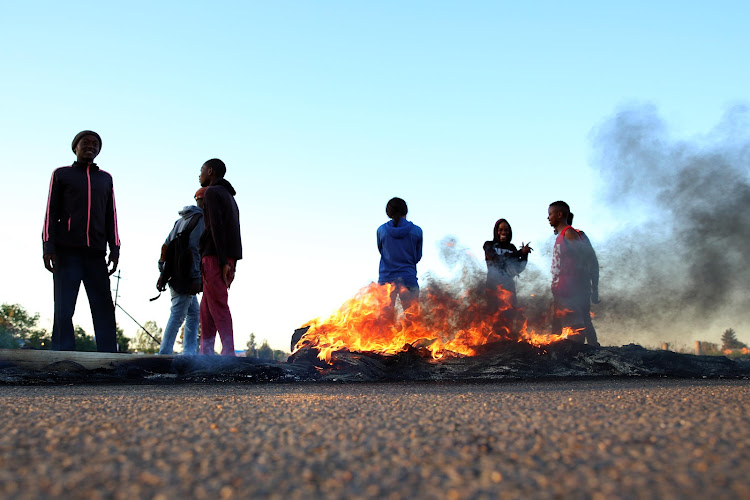 Residents of Maboloka in the North West burnt buses in a service delivery protest on January 21, one of many similar protests to have hit South Africa this year.
Image: Thapelo Morebudi/Sunday Times

The number of service delivery protests for 2019 has already eclipsed the total for 2016.

That's what Municipal IQ, which specialises in local government data, revealed on Tuesday.

Municipal IQ monitors protests via information that publicly available, such as media reports and police media statements. They count protests staged by community members against municipalities about issues that are the responsibility (or the perceived responsibility) of local government. They exclude protests over issues outside of local government’s ambit, such as those related to political parties.

Service delivery protests in 2019 so far, compared to the totals from previous years.
Image: Municipal IQ

Despite the national general elections last month, there was still a drop in the number of protests, which often peak in April.

“Even when voters could use their sanction at the ballot box last month, a number chose rather to make themselves heard through service delivery protests,” said Municipal IQ managing director Kevin Allan.

“May saw a slight drop-off in protests. Protests remain a special concern, however, where the level of violence appears to be ratcheting up, with petrol bombs used, motorists and journalists targeted, and even crèches in the firing line,” said Municipal IQ economist Karen Heese. 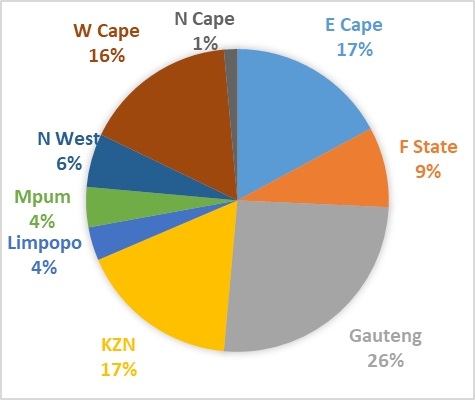 Service delivery protests from January to May 2019 according to province.
Image: Municipal IQ

Gauteng, the Eastern Cape and KwaZulu-Natal have experienced the most protests so far this year, followed by the Western Cape

“Gauteng has returned to its typical top spot as the protest capital of South Africa, followed by the Eastern Cape and KwaZulu-Natal, with the latter particularly rattled last month by a series of protests in Msunduzi and eThekwini,” said Municipal IQ.

“It's concerning that there are suggestions that recent Msunduzi protests might have political dimensions that detract from service delivery concerns,” said Heese.

Despite the drop in May, Heese believes SA is “by no means out of the woods”.

“Winter awaits hard-hit informal settlements, where protests are increasingly prominent, and there are also price hikes that will compromise ratepayers enduring difficult economic conditions," she said.

“It is however an encouraging possibility that South Africans appear to be willing to give the new political administration a chance to settle into coordinating improved service delivery.”

There were more protests in 2018 than any other year since 2005 – but analysts are worried that there could be another spike this year.
News
2 years ago

Johannesburg Mayor Herman Mashaba accused the ANC of using a 2016 court order to carry out demolitions in Alexandra.
News
2 years ago

'Our taps have been running dry for years,' say Pietermaritzburg residents

Khokhwane location in Pietermaritzburg was brought to a standstill on Thursday as scores of angry residents protested over a lack of clean water.
News
2 years ago

Trash piling up as protests hit service delivery in Joburg

Ongoing violent protests in the inner city of Johannesburg are affecting service delivery in Yeoville, Bellevue and Bellevue East.
News
2 years ago