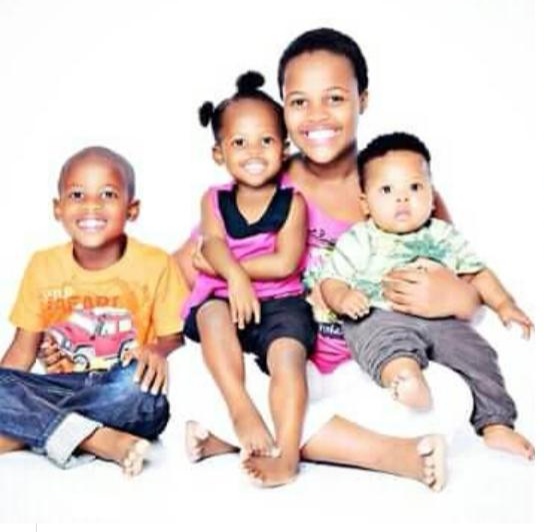 Ayakha Jiyane is seen with her younger siblings, Siphesihle, Khwezi and Kuhlekonke Mpungose. All four were found hanged on Tuesday.
Image: Supplied

A KwaZulu-Natal man accused of hanging his three biological children and his stepdaughter has been arrested.

Three of the children, Siphesihle, Khwezi and Kuhlekonke Mpungose, were found by their mother, at their Wyebank home on Tuesday afternoon. Grade 11 Pinetown Girls' High school pupil Ayakha Jiyane was found hanging in bushes in New Germany on Tuesday night.

KZN's MEC for social development Nonhlanhla Koza - along with police - confirmed a short while ago that the man, believed to be in his 40s, was arrested in Claremont, west of Durban.

He is understood to have been hiding in bushes.

"He was arrested in Kwadabeka Sub 5. He will face four counts of murder."

BREAKING: The KZN man accused of hanging his four children has been arrested. #AyakhaJiyane was strangled while Siphesihle, Khwezi and Kuhlekonke Mpungose were allegedly hung by their father on Tuesday. Their mother broke down upon hearing he news. @TimesLIVE pic.twitter.com/vmcMjqekkL

Police are searching for a KwaZulu-Natal man who apparently hung his four children after fetching them from school.
News
2 years ago

"If anything happens just know I was kidnapped or something has happened to me." These were the last words Ayakha Jiyane uttered to her friends ...
News
2 years ago