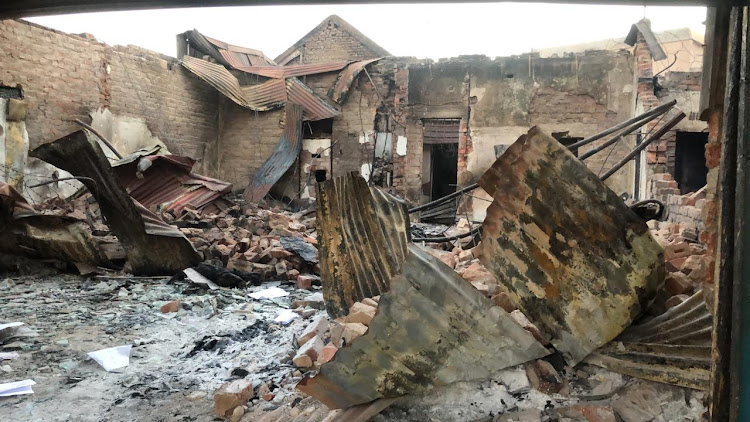 The aftermath of looting at Pan Africa Mall where two burnt bodies were discovered on Wednesday, September 4 2019.
Image: Alon Skuy

Two bodies burnt beyond recognition have been discovered inside gutted shops in Alexandra, Johannesburg, in the aftermath of an earlier looting spree at the Pan Africa Mall.

The grim discovery was made while rubble and debris was being removed on Wednesday.

Police confirmed earlier that five people had died during the violence that flared up on Sunday and spread to other parts of Gauteng. Although the exact circumstances leading to their deaths are still unclear, the latest gruesome discovery could push the death toll higher.

Other parts of Alexandra have come to a standstill following a rampant looting spree that broke out last night. A number of shops have been torched and looted around Pan Africa Mall. @dailysun #AlexLooting pic.twitter.com/ndLewHBX9v

Shops in the area were stripped bare as looters ran amok on Monday night and into the early hours of Tuesday morning.

"Two burnt out bodies were found inside shops which presumably were set alight during the looting that occurred a day or two ago inside the Pan Africa Mall, Alexandra," said Johannesburg Metro Police Department spokesperson Wayne Minnaar.

"The bodies were seen by JMPD officers when workers went to clear or remove rubble. They were burnt beyond recognition," he said.

The streets of Gauteng have been likened to a war zone.
News
2 years ago