Judge rules that prisons inspectorate must be given independence 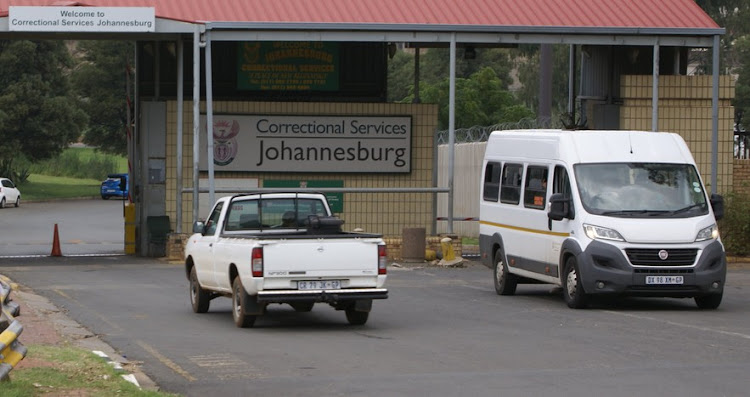 The independence — or lack of it — of the Judicial Inspectorate of Correctional Services (JICS) is in the spotlight in a high court judgment described as a “victory” for those committed to reform of the criminal justice regime.

Cape high court Judge Nolwazi Boqwana has given parliament two years to fix provisions of the Correctional Services Act relating to the independence of the prisons inspectorate, which she says are unconstitutional.

The matter before her was brought by Sonke Gender Justice, which plays an active role in prison-related work. Sonke challenged the three provisions which effectively make JICS financially dependent on and accountable to the department of correctional services and its CEO accountable to the national commissioner.

The importance of the inspectorate (JICS) cannot be understated, Judge Boqwana said.

“It is there to safeguard vulnerable inmates.

“This may sound like an oxymoron. But their vulnerability lies in the fact that they are at the mercy of others as to their living conditions and treatment or survival once incarcerated.

An inmate was killed and a guard stabbed during a scuffle at the St Albans Correctional Centre in the Eastern Cape on Sunday.
News
2 years ago

“Whilst they have given up their right to liberty, other rights including the right to dignity are still protected.

“It is therefore imperative to have a body independent from that which enforces correctional measures or incarceration to watch over and report on what goes on.”

In its argument, the non-profit organisation argued that JICS “was beholden or susceptible to being beholden to the department” in terms of the principal that he who pays the piper calls the tune.

“JICS staff may not act solely to protect inmates rights but to protect the interest of the department that they are supposed to monitor and oversee.

“It stifles its ability to deliver on its mandate effectively because it relies on the department for its budget, staffing needs and other expenses.”

Coupled with the national commissioner having effective control over the CEO, JICS had “financial, and operational dependence on the department”.

The main respondents, the minister of justice and correctional services and the national commissioner, said this argument was based on conjecture, rather than factual evidence.

Mbalenhle Ntuli, an inmate at Johannesburg Medium C correctional facility, was supposed to argue his case against the department of correctional ...
News
2 years ago

They said it was incorrect to suggest that JICS was dependent on the department for its funding because this was sourced from national treasury via the department’s finance officer and “the department may not tamper with or utilise these funds”.

Further, they argued, there were ongoing discussions relating to the possible restructuring of the JICS and “these discussions should be given space to continue”.

Turning to the act, Judge Boqwana said it was clearly geared at changing the system of correctional services that existed prior to the new constitutional era. “The general language is more humane. It substitutes words like prison, imprisonment and prisoner with correctional centres, incarcerated and offender.

“It aligns itself with with treating all human beings with respect and dignity regardless of who they are and their background.”

She also pointed to the fact that SA had ratified the UN Optional Protocol to the Convention against Torture (OPCAT) which came into force in July this year.

This convention requires the establishment of a system of regular visits by independent international and national bodies to prisons to prevent torture and inhumane treatment. It also requires that signatory states guarantee the functional independence of a National Preventive Mechanism (NPM) and its personnel.

Prisoners threaten court action to enable them to vote in elections

The South African Prisoners' Organisation for Human Rights has threatened to go to court in the coming weeks to ensure that all prisoners are ...
News
3 years ago

“Whether the JICS can be viewed as our NPM is an arguable point. But the JICS contains features of what is envisaged by OPCAT.

“And if the inspectorate is not sufficiently independent that would not be in keeping with our international obligations.”

She said she agreed that the CEO should be independent from the department because It was necessary to its credibility and for public confidence that JICS not only be independent but also be seen to be independent.

Regarding the funding, she said the present CEO Vickash Misser had submitted an affidavit saying there were problems with how administrative and financial support should be rendered by the department.

He said the department said it had no budget which impacted on staffing, activities and functioning. The department, for example, without notice, unilaterally reduced its budget allocation by 22% in the last financial year.

Judge Boqwana ruled that the three provisions “fall well beneath the standard of independence required of the JICS to function so as to give effect to the rights enshrined in the bill of rights regarding names and their right to human dignity” and were inconsistent with the constitution.

Prisoners and staff cook their own meals after Bosasa contract ended

Prisoners are cooking their own food at correctional facilities around the country.
News
2 years ago