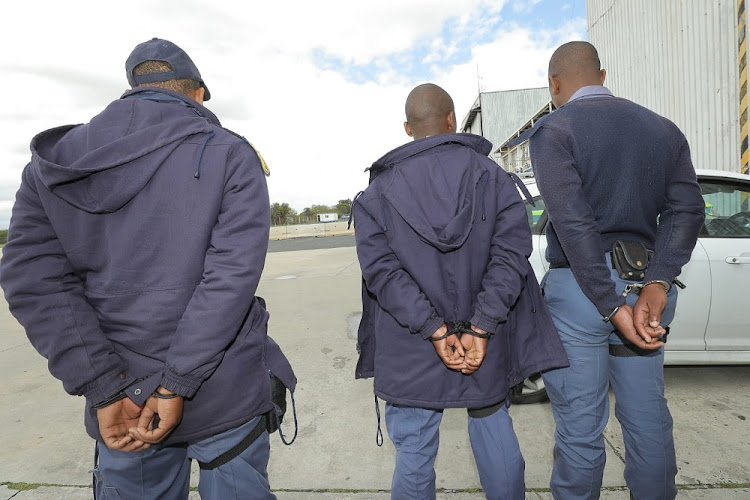 Three police constables will face charges of armed robbery, defeating the ends of justice and kidnapping on Monday after allegedly stealing a cargo of poached abalone being transported in a minibus taxi.

The trio, aged 28 to 30 and stationed with the major offences reaction team, will appear in court in Somerset West.

They were nabbed after an investigation into the incident, carried out on July 21, by the anti-corruption unit.

“It is alleged that the members, while performing their official duties in Somerset West, pulled over a the driver of a minibus taxi who was illegally transporting poached abalone from Hermanus to Cape Town,” said police spokesperson Lieutenant Colonel Andrè Traut.

Two in court after R3,9m in abalone seized

Two people appeared in the Hermanus Magistrate's Court on Monday after allegedly being found with abalone worth more than R3,9m.
News
2 years ago

“One of the police members drove the taxi to his residence, where the abalone was allegedly offloaded. The driver was dropped off not far from where he was kidnapped and instructed to go back to Hermanus.

“While walking towards Sir Lowry’s Pass he discovered his vehicle without the abalone. The matter was reported to police and the investigation led us to the members,” said Traut.

Provincial police commissioner Lieutenant General Sindile Mfazi said there was no space for criminals in the police service: “The Western Cape community will be served only by honest and loyal police officers”.