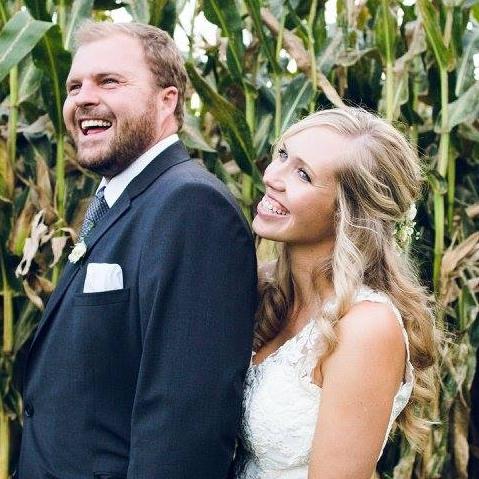 Matthew and Karen Turner were stabbed in the Hluleka Reserve, near Mthatha in the Eastern Cape, on Tuesday morning. Karen died on the scene. Matthew is in a stable condition in a Pietermaritzburg hospital.
Image: via Facebook

The murder of 31-year old Karen Turner at Hluleka Reserve while on holiday with her husband Matthew and their 23-month-old son Hayden has shaken the nation. Police are still on the hunt for the suspects.

Here are five absolute shockers from the murder:

Attacked in their sleep

Karen's brother Ian Crouch told TimesLIVE that his brother-in-law Mathew Turner told him the couple was attacked by two intruders at about 3am on Tuesday. Mathew woke up to being stabbed several times in the stomach, with his wife screaming for her life next to him as she was also being stabbed by another suspect. Mathew fought the suspects and they eventually ran off.

Another couple, who is close friends with the victims was at the same reserve on the morning of the incident. They had booked a chalet next to the Turners. They reported that they heard a commotion and screams and upon investigation, the friend found the couple in a bloodbath with Karen already dead. Their 23-month-old son Hayden was safe and unharmed.

Police spokesperson Dineo Koena told DispatchLIVE that there were no signs of forced entry at the family's chalet. Koena also said police had identified a suspect and were expecting an arrest soon.

Crouch also confirmed that his sister was three months pregnant. Her unborn baby also died. Crouch said the couple had recently moved to their main house in the farm and were looking forward to their new life.

“My sister and her husband recently moved into the main house on the farm. They had just done it up and were excited about it.”

Motive of the attack unknown

Mathew told Crouch that he did not know what motive the suspects had for attacking him and his wife as they did not demand any of their belongings.

“Nothing was taken. They didn't demand anything. They didn't ask for money. They literally came up, stabbed him and my sister. He (Matthew) thinks they left because he managed to get up and fight a bit. He thinks because of the resistance, they left. They didn't have time to take anything because he had chased them out.”

The man arrested for the rape and murder of 19-year-old UCT student Uyinene Mrwetyana has been summarily dismissed from the Post Office.
News
2 years ago

The body of holidaymaker Karen Turner, 31, who was murdered at Hluleka Game Reserve in the Eastern Cape, will be moved from Mthatha to KwaZulu-Natal ...
News
2 years ago