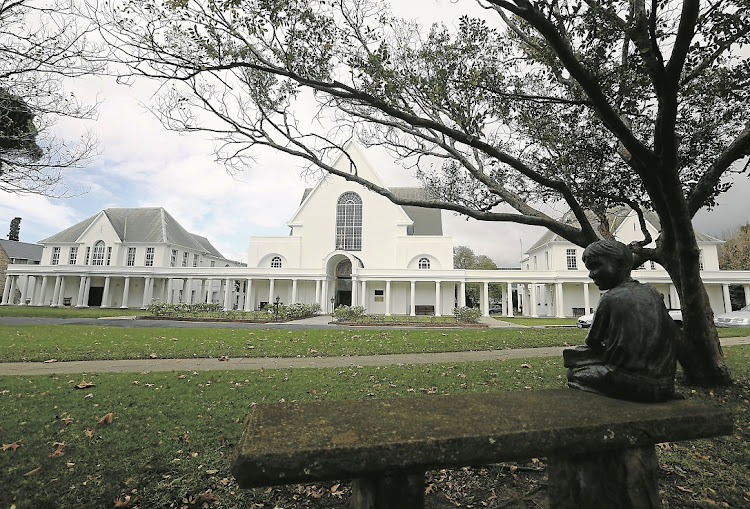 Bishops in Cape Town, where a woman teacher has resigned amid an investigation into allegations of sexual misconduct.
Image: Esa Alexander

A woman teacher at one of South Africa's top private schools has resigned amid allegations of sexual misconduct with several pupils.

The young teacher, whose name is known to TimesLIVE, had resigned with immediate effect, said the principal of Bishops in Cape Town.

Guy Pearson said in a statement on Friday evening: "Bishops is currently investigating allegations that there has been serious misconduct by one of its teachers. The teacher has resigned with immediate effect and the school is conducting a full investigation.

"The school takes this matter extremely seriously and requests the public to respect the dignity and privacy of those concerned."

The teacher, who was a sports coach, had also held other positions at the school.

The former part-time model married her long-term boyfriend in 2018. Her social media profiles have been deleted.

The college (high school) at Bishops has an enrollment of about 735 boys, a mixture of boarders and day pupils.

A faction of Bishops Diocesan College old boys has withdrawn a motion of no confidence in the current Old Diocesans Union (ODU) committee after a ...
News
2 years ago

Teacher quits over 'inappropriate relationship' with pupil at Michaelhouse

A teacher has resigned from Michaelhouse private boarding school for boys in KwaZulu-Natal after it emerged that he was involved in an “inappropriate ...
News
3 years ago

A fight at a water-polo match between two top Cape Town schools has led to criminal charges as well as allegations of jealousy and bullying.
News
4 years ago