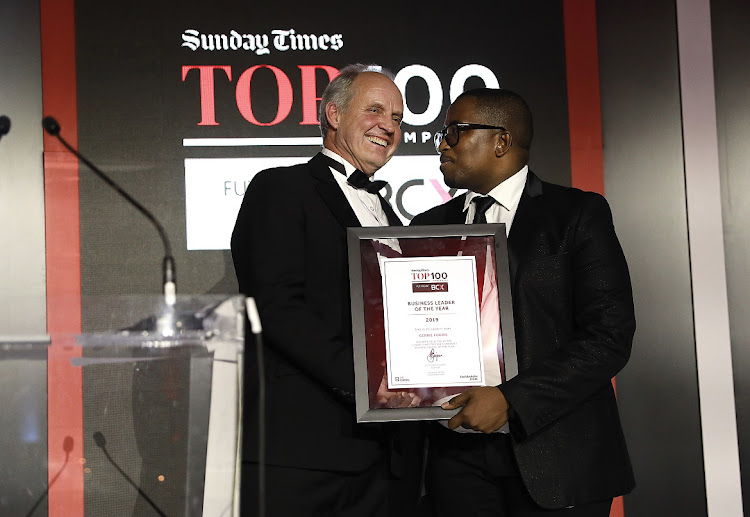 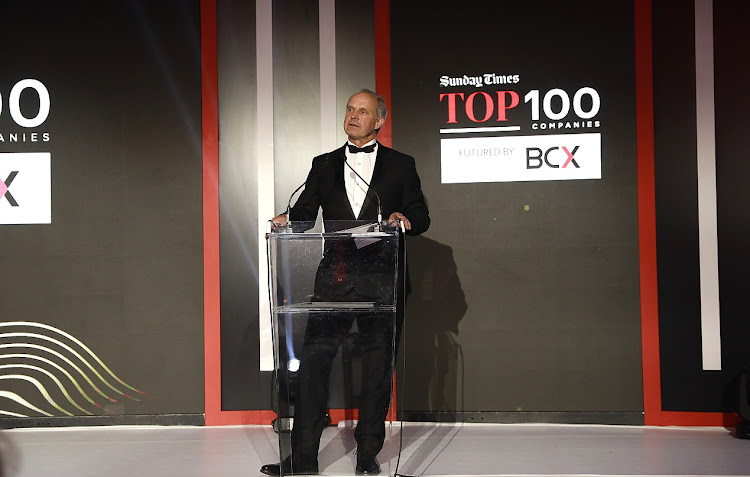 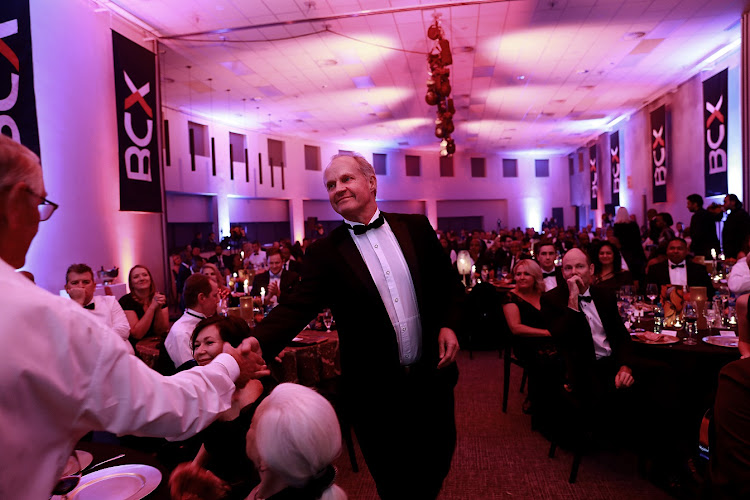 The award was presented at a gala event at The Empire Venue in Parktown, Johannesburg.

Fourie, who has been with the banking group since it was established 19 years ago, has led the company for the past five years, growing it from the sixth-largest bank in the country to the largest based on client numbers, which now total more than 13 million.

Capitec is now the largest digital bank in SA, with more than 6.5 million digital clients. Six million of its clients also make use of their branch networks monthly.

In his acceptance speech Fourie said: “I’m honoured to say that it’s a great privilege to receive this award, but I actually want to dedicate this [award] to the whole Capitec team, not only my executive team but the 14,000 people who actually work for Capitec.

“I think what we created is not me, it’s still about the team.”

Fourie, who said he had wanted to be an entrepreneur but had never dreamed of being a CEO or banker, emphasised the importance of passion, thinking big and dreaming.

“But for every dream you need to make certain that you’ve got plans and you execute them and understand where you are going.”

He described Capitec’s wins for the past two consecutive years as “incredible”.

He added that Capitec’s vision was for 95% of South Africans to bank with it and, today, the bank benchmarked itself against global giants like Amazon and Alibaba.

Sunday Times editor Bongani Siqoko said of Fourie's award: “It is the ultimate accolade to be selected by one’s peers for such a prestigious award, and Gerrie Fourie is very deserving. His commitment to the Capitec brand is only surpassed by his determination to accelerate growth in SA, in order to stimulate employment opportunities.

“We’re proud to recognise him for his grit and determination, and the leadership he provides.”

Fourie’s award came with another accolade for the company, which was named as the Sunday Times Top 100 Company of the Year, for the second year running, based on the performance of its share price on the JSE over five years.

Capitec has been the recipient of the Sunday Times Top 100 Company Award on three previous occasions: 2010, 2012, and last year.

The full results of the Top 100 companies will be published in the Sunday Times on November 10 2019.

Blue-collar Capitec branches out into Sandton

After two decades, Capitec Bank finally has a branch in the heart of SA's richest square kilometre, Sandton.
Business Times
2 years ago

Lebashe Investment Group chairman Tshepo Mahloele on Wednesday unveiled the new name of the company that will house the media assets of the company ...
News
2 years ago