Two dead, at least 34 injured in bus crash near Cullinan 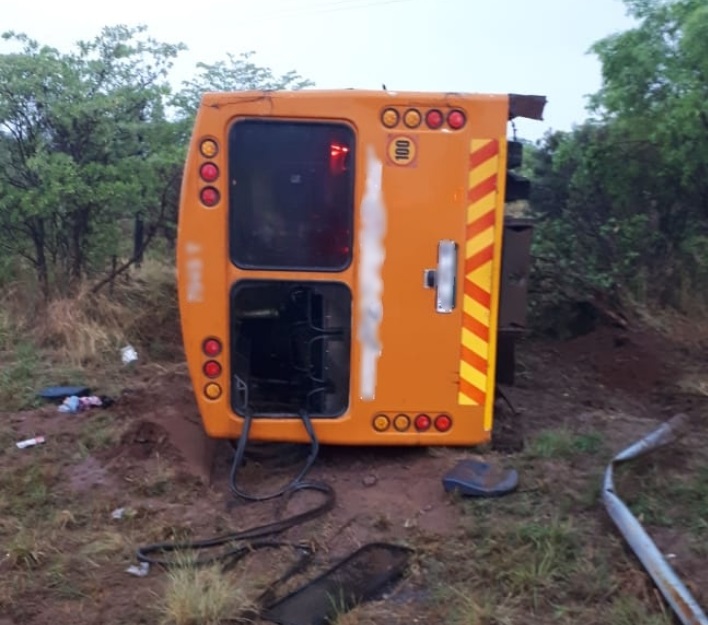 The bus left the road and rolled.
Image: Netcare911

Two people died and at least 34 others were injured in a bus crash on Moloto Road, near Cullinan, east of Pretoria, on Wednesday.

Netcare 911 spokesperson Shawn Herbst said the accident happened at about 5am.

The driver allegedly lost control and the vehicle rolled.

Herbst said two people were confirmed dead on the scene, while others were taken to hospital with minor to moderate injuries.

Eight people had to be taken to hospital after a horror head-on collision left chunks of vehicle debris scattered along the R54 Villiers Road in ...
News
2 years ago

"A horrific accident scene" this was the description given by the Johannesburg Metro Police Department (JMPD) on Thursday after four  people were ...
News
2 years ago