'Give your unwanted baby a chance at life,' Joburg shelter pleads 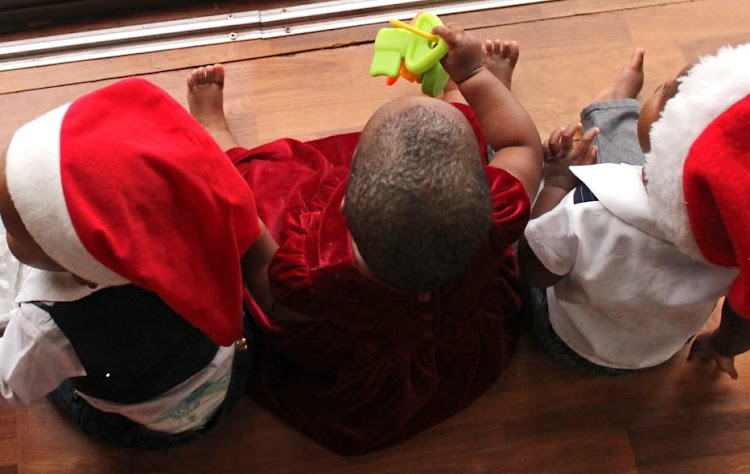 The Door of Hope Children’s Mission has cared for more than 1,600 children since its inception 20 years ago.
Image: Supplied

With baby dumping a heightened concern over the festive season, mothers who cannot care for their children are being urged to surrender them to shelters to give them a chance in life.

“There is no need to kill or leave your baby somewhere to die,” says Nadene Grabham, operations director at Door of Hope Children’s Mission.

Grabham said the organisation had seen an increase in the number of children being dumped over the August to September and December to January periods.

With three children killed in SA every day, parents need to step up

Protecting children from violence during the first 1,000 days after conception can help beat the scourge of violence in SA society, experts claim.
News
1 year ago

“There are many underlying reasons behind abandoning children. One example is unwanted pregnancies as a result of rape and other circumstances,” she said.

Door of Hope was established 20 years ago by Pastor Cheryl Allen. Since its inception, it has cared for more than 1,685 children. Infants can be left at the centre’s cubicle anonymously or by walk-ins. On arrival, they are fed, washed, examined and documentation arranged with the department of social development.

Grabham said it was estimated that 3,500 children were abandoned annually in SA. “That’s just the figure of those who are found alive. The number of those who are killed or found dead is heartbreaking. It is actually an epidemic,” she said.

The home has almost 70 children in its care, some of whom spent their first, second, even third, Christmas at the facility.

“Christmas Day is considered a family day and we’re thrilled that some of our babies will be leaving the mission and spending the day with their new adoptive parents.

“It's an honour and blessing for us to take care and nurture these beautiful human beings. We try our level best to make the day special, but we are hoping that by next year, they will also get adopted,” Grabham said.

Last year, the shelter received a letter of gratitude from Nathanael Stahler, who was the fourth abandoned baby taken in by Door of Hope in 1999. He moved to the US with his adoptive parents.

The now 20-year-old graduate thanked the caregivers for the work they did. “God has bought me to where I am, and he used the grannies at the Door of Hope baby house to help me ... I was an abandoned baby — and now I am a graduate ...,” he said.

With expenses estimated at R10m a year and state funding of R2.7m, Grabham said it was sometimes difficult to operate as the shelter relied on donations and fundraising events. Nonetheless, the children’s mission said it had a strong desire to save children’s lives and give them a chance to thrive.

There are nearly 30 such shelters in SA and Grabham urged parents to make use of the facilities.

“There is no need to leave your baby somewhere to die. Always remember, a child is a blessing who deserves a chance in life.”

“There are many facilities that mothers with unwanted babies can use to hand over or give up the babies for adoption,” added Grabham.

Neonaticide – killing a baby within 24 hours of birth – is rife, but the solution is not as simple as prosecution
News
2 years ago

A black safe placed on the wall of the New Life Church on Mandela Drive in Witbank may be the solution to saving the lives of unwanted babies in the ...
News
2 years ago