No cases of coronavirus in SA yet, 14 samples tested are negative 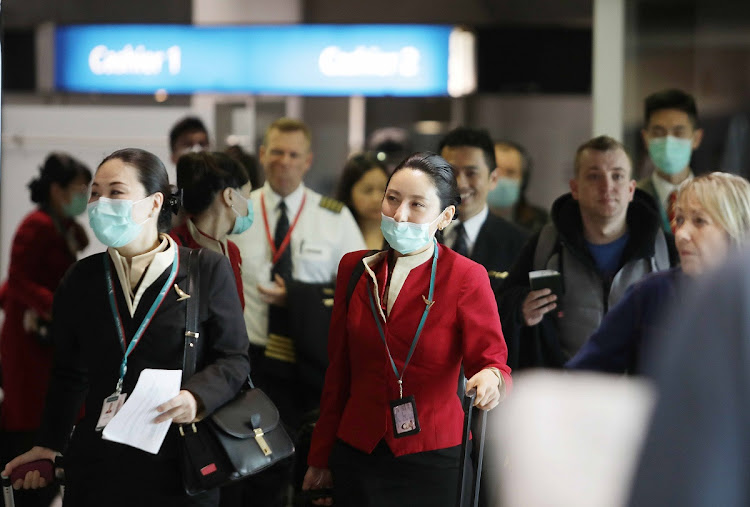 Health minister Zweli Mkhize on Friday reassured South Africans that no confirmed cases of the coronavirus have been reported in the country.

He said all precautions were being taken to mitigate the risks, including the referral of air passengers to nurses on their arrival in the country if they had elevated temperatures.

“At this stage there are no reports of South Africans who contracted the virus.

“We have remained vigilant on developments regarding the movement and behaviour of the viral infection across the world and continue to engage the international fraternity to better understand how the virus behaves and its health effects,” Mkhize said at the National Institute for Communicable Diseases (NICD) in Johannesburg.

On Thursday, 170 deaths and thousands of cases were reported in various parts of the world. The World Health Organisation (WHO) has declared the coronavirus outbreak an international public health emergency.

It may look like science fiction, but South Africans are quickly getting used to the spectacle of passengers passing through doors at airports ...
News
1 year ago

Mkhize said after the last briefing earlier this week, dedicated staff had been working exclusively on the coronavirus.

“There will be added personnel and resources, although we had already capacitated ourselves for this eventuality so we would not find ourselves wanting.”

Emergency operation centres have been designated across all nine provinces to help manage the outbreak of the virus.

He said health professionals who had dealt with outbreaks in the past, would be sent for refresher courses and general information would be sent to clinics and nurses.

Mkhize said the centres had been chosen for their ability to isolate, manage, contain and conduct research on suspected or confirmed cases of coronavirus.

He said special measures had been implemented at Johannesburg's OR Tambo International Airport, where travellers on direct flights from China and those who had travelled to the epicentre of the outbreak, Wuhan, in the past 14 days, were required to complete a questionnaire for possible tracing.

Mkhize said 55 travellers were found to have an elevated temperature and were referred to nurses for further assessment.

He said 14 were from China, one from Thailand and 40 were from non-endemic countries.

“No travellers were found to have symptoms consistent with the coronavirus and none required isolation.

“Even ordinary flu is treated (with) suspicion, it is always better to over-suspect than to under diagnose,” he said.

In the past 24 hours, 14 samples had been submitted to the NICD for investigation and all tested negative for the virus.

Mkhize said he was also aware of two South Africans who were currently under a 14-day quarantine in Tianjin after being moved from Wuhan.

He said the department of international relations & cooperation (Dirco) has established a 24-hour hotline for South Africans living in Wuhan to contact the SA embassy in China.

China's aviation authority has dispatched two Xiamen Airlines flights to bring back Wuhan citizens to the Chinese city from Bangkok in Thailand and ...
News
1 year ago

Kenya Airways suspends all flights to China amid coronavirus outbreak

Kenya Airways has suspended all flights to and from China until further notice amid a coronavirus outbreak that has so far killed 213 in China and ...
News
1 year ago

India said on Thursday a patient in the southern state of Kerala had tested positive for novel coronavirus, the first case in the country of the ...
News
1 year ago