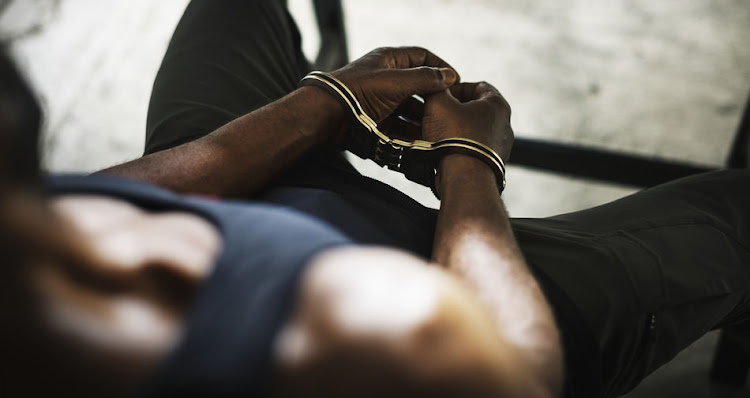 The 28-year-old suspect was arrested and an SUV was seized by the Hawks. File photo.
Image: 123RF/rawpixel

The law has caught up with a 28-year-old man linked to three cash-in-transit heists in the Eastern Cape that netted a “substantial amount of money”.

The suspect is due to appear in court in eMaXesibeni on Thursday for his alleged involvement in an attack on a security van travelling to the Magusheni pension pay point in February 2019.

Hawks spokesperson Lwando Zenzile said in a statement on Thursday that the Mthatha serious organised crime investigation unit had been following information about the suspect. With help from the police's tactical response team and crime intelligence, they arrested him at Ngcobo on Monday.

Hawks investigators confiscated an SUV, suspected to have been used in the commission of the crimes.

On Wednesday, he appeared in the Mthatha and Elliotdale magistrate’s courts respectively for an alleged cash-in-transit robbery in November 2019 near Mthatha and the robbery of a security van collecting money from a business in Elliotdale in December 2019.

‘Any day can be your last’: cash-in-transit guard, as heists surge in SA

Two vehicles, including the cash-in-transit van, were set alight after a brazen heist in Malibongwe Drive near Cosmo City on Monday evening
News
1 year ago