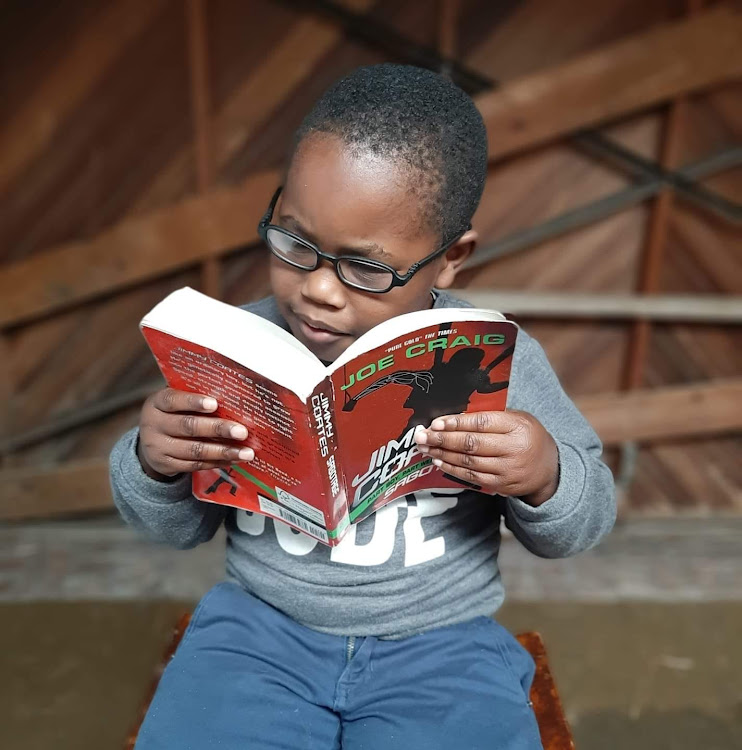 Miguel Gwenzi has big dreams. His mom has started a crowdfunding campaign to send him to a private school
Image: backabuddy

Miguel Tawanda Gwenzi might be only five years old, but he has big dreams.

One day he wants to build a vehicle that can fly, so that he doesn't have to sit in traffic.

His mother Gladys Sethole is determined to give Miguel an education that will nurture and grow his inquisitive mind. She has resorted to a crowdfunding campaign to raise funds to send him to a private school in Cape Town.

"Miguel has the ability to count up to 1,000 in multiples, he has a sharp memory that he is able to spell most words he has seen or read and he speaks English eloquently," wrote Sethole in a post on Backabuddy.

She is aiming to raise R93,000 to send her son to Curro Durbanville, which offers robotics and mechatronics from grade R students up to high school.

'I have no words. I feel blessed': one man's journey from homelessness to professional golfer

Llewellyn Barnes has gone from sleeping on the street, praying that tsotsis would not kill him, to teeing off in a new direction as a promising ...
News
1 year ago

"This year I decided it is now time for him to join the mainstream schooling system, where he can be involved in engagement learning with peers of his age at a school that offers individual schooling support that he so much needs. He was accepted and enrolled right away," said Sethole.

“The young man is very creative and loves building electronic cars, robots and mechanical devices. His dream, he says, is to build a vehicle that can fly, so that he doesn't have to sit in traffic. We believe in his ability to achieve this dream.”

The independent school's small classes allow for more one-on-one interaction with the teacher. Sethole said this was important for her son as he has "irregular concentration patterns" that require "constant attention".

Just over R2,500 had been pledged towards Miguel’s fees on Monday.

One of the donors, identified as Alfred, said the boy was the future of the country. "All the best, young sir. You are indeed the future of this country and tomorrow's leadership."

Another donor, identified as Mr G, said Miguel was deserving of the opportunity. “Wishing you only the best of success young man. If anyone deserves this, it is you!"

Cash-stripped Triphin Mudzvengi, a Zimbabwean who achieved seven distinctions in grade 12, received an outpouring of help from good Samaritans, securing her a place at Wits University.

In a year dominated by load-shedding, a tanking economy and shocking details of state corruption, random acts of kindness have kept South Africans ...
News
1 year ago

The crowdfunding campaign was started with hopes of raising R150,000).
News
1 year ago

Zoleka Mandela to climb Mount Kilimanjaro for those fighting cancer