Homeless will not be housed in school hostels in Gauteng 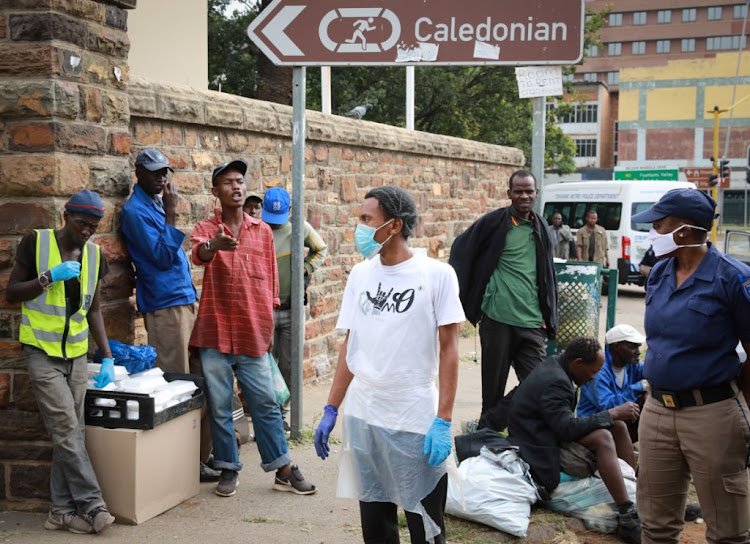 Homeless men stand outside the Caledonian stadium in Pretoria where hundreds of homeless people were moved to in an effort to curb the spread of Covid-19 on March 31 2020.
Image: Sebabatso Mosamo/Sunday Times

School facilities including hostels will not be used as shelters for the homeless during the lockdown, after legal opinion was obtained.

The Gauteng government had identified 30 schools to be used as shelters for the homeless, abused women and indigent pupils during the period.

The province has since confirmed that “due to unforeseen circumstances, the boarding school facilities as previously communicated, were unable to accommodate the needy”.

“We’re not insensitive to the plight of those affected but there must be proper discussions with SGBs and SGBs must ensure that the best interest of learners (children) are not compromised,” said Federation of Governing Bodies of South African Schools (Fedsas) CEO Paul Colditz.

MEC for education Panyaza Lesufi criticised the stance. “It’s a shame that we’ve placed fellow South Africans in tents while public assets like boarding schools are standing empty because self-centered SGBs are refusing to accommodate our people,” he said on social media.

Fedsas said there needed to be proper consultations on the matter and it had not “refused” to house the homeless.

“We fully understand that South Africa is currently facing many challenges regarding the curbing of Covid-19. Any method or effort to utilise school infrastructure in this regard must however take place within the constraints of the law. The SGB must therefore be consulted.”

Colditz said legal opinion stated that the regulations did not provide for “such an eventuality.”

He added, “in terms of section 14 of the SA Schools Act, public schools may only operate as such on private property in terms of an agreement contemplated in that section. Such an agreement should set out the conditions for which the property may be used.”

He said, “It is also important to note that all public schools are juristic persons. As such public schools exercise their rights through the schools’ governing bodies (SGBs), being the only organ through which the juristic person can act. In this regard section 20(1)(g) provides that the SGB must control and administer the grounds and buildings (hostels included) occupied by the school.”

With a sea of tents as a backdrop, onlookers cheer as they watch the “skins” and the “shirts” engage in a soccer match. This is no regular match ...
News
1 year ago

Homeless man OK with school lockdown but worried about his 'habit'

As the Gauteng provincial government prepares to place thousands of homeless people in shelters across the province for the lockdown period, Ben ...
News
1 year ago