'Our children’s cries of hunger are forcing us to violate lockdown rules': informal settlement residents 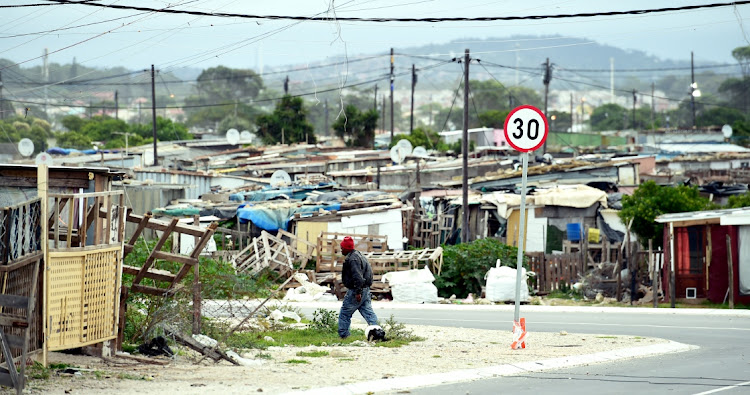 LIVING ON THE EDGE: An elderly man walks in Airport Valley, Walmer Township. Municipal officials handed out sanitiser, gloves, soap and masks to people in the area on Tuesday as part of a hygiene awareness drive
Image: EUGENE COETZEE

“We are willing to risk being arrested by the police or be infected by the [corona]virus because the government doesn’t understand how it feels to hear your baby crying from hunger.”

These were the heart-rending words of Natasha Stalmeester, 38, a resident of the Lapland informal settlement in Uitenhage, who made no bones about the fact that many people in her area were trying  — usually unsuccessfully — to make it into town in the hope that someone would pick them up and give them work.

Her view was shared by dozens of other people in Nelson Mandela Bay’s informal settlements, where poverty and a lack of space often make complying with the lockdown rules almost impossible.

The Gauteng Health Department started screenings, tracing and testing for Covid-19 in the township of Alexandra on March 31 2020. The Johannesburg township confirmed its first case of Covid-19 on March 30 2020. President Ramaphosa announced a large-scale medical management programme of 10 000 workers would be deployed across SA to help curb the spread of the coronavirus.

Still venturing out — often to be ordered home by police —  the residents of some of the city’s poorest areas say they need their piecemeal jobs or they simply will not survive.

A number of other Lapland residents, who did not want to be named, said they would also risk arrest to feed their families.

Aside from a lack of space, they  say they have no toilets, it floods during heavy rain and snakes are frequent visitors to the area.

Now the 21-day lockdown imposed by President Cyril Ramaphosa to curb the transmission of Covid-19 is making life even more difficult.

The number of Covid-19 cases in SA had risen to 1,353 on Tuesday night, with five deaths confirmed.

Stalmeester said the lockdown had affected the whole community badly because people were running out of food and nappies for their babies.

“I rely on odd jobs — the social grant for my one child only supports us to the middle of the month and I have to borrow money from shops.

“This area is not hygienic, the sewage drains spill over every day — they get fixed after three months, then they spill again and our children get rashes.”

Despite fears of contracting the virus, being fined or arrested, the people of Lapland said they were willing to suffer the consequences if it meant being able to put food on the table.

Mervin Haarveldd said children used to get meals at school — a huge help in an area as poor as Lapland — but with schools closed food was fast running out in the community.

“We feel as though the government has forgotten about us.

“The police are doing their job [but] we feel the president does not understand how hard our living conditions are,” Haarveldd said.

Residents of Tirryville and Lapland, Uitenhage, feel government has forgotten about them as their current living conditions have become even worse because of the #COVID19 pandemic. #LockdownSA
📹 @sonic303 pic.twitter.com/cTv6dGvmdh

He said the soup kitchen which used to assist people in the area was closed and a doctor who had often dropped food off could no longer do so due to the lockdown.

Drucilla de Beer, 59, who lives in Kliprand in Port Elizabeth,, said the communal toilets had stopped working two years ago. This was causing great hardship during the lockdown.

NOT HELPFUL: Communal toilets in Kliprand have not been working properly for the past two years, according to a resident
Image: FREDLIN ADRIAAN

De Beer said residents were fortunate that they had not destroyed their bucket system toilets, but she did not feel safe.

Like many others in her area, she was unemployed, yet no help had been forthcoming from the government.

“We are doing the basics like washing our hands regularly, [but] the children will run outside of the house to play the moment you go to a separate room and no government officials have arrived to give us anything,” De Beer said.

Another Kliprand resident, Samantha Fourie, 30, said not having electricity was another challenge. 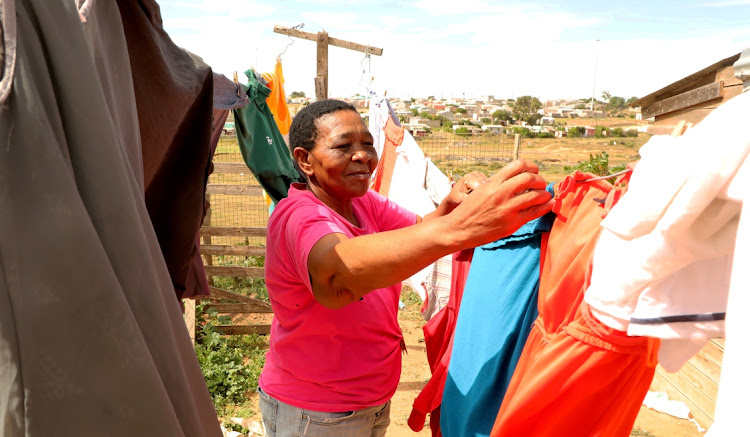 HUNG OUT TO DRY: Drucilla de Beer hangs up her laundry in Kliprand on Tuesday
Image: FREDLIN ADRIAAN

Asked about the difficulties faced by people in informal settlements, municipal spokesperson Mthubanzi Mniki said the municipality had started an education and hygiene programme on Tuesday. 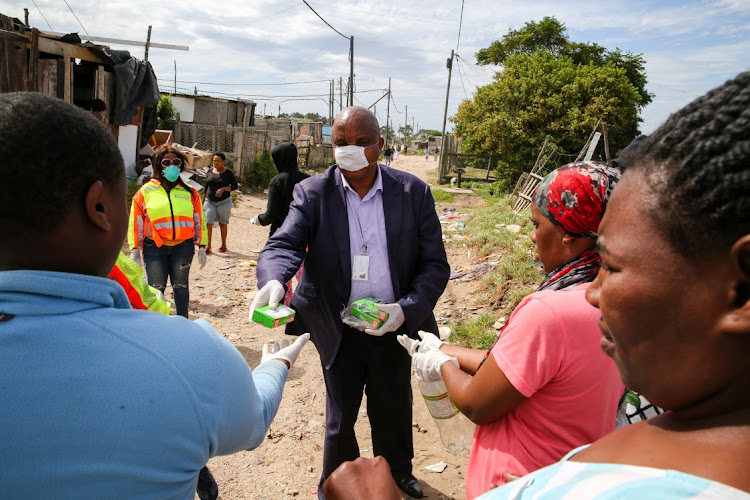 “We will be focusing on informal settlements now.

“The department of health said people needed to do the basics right.

“We can’t preach to people to sanitise their hands when we don’t provide sanitisers.” 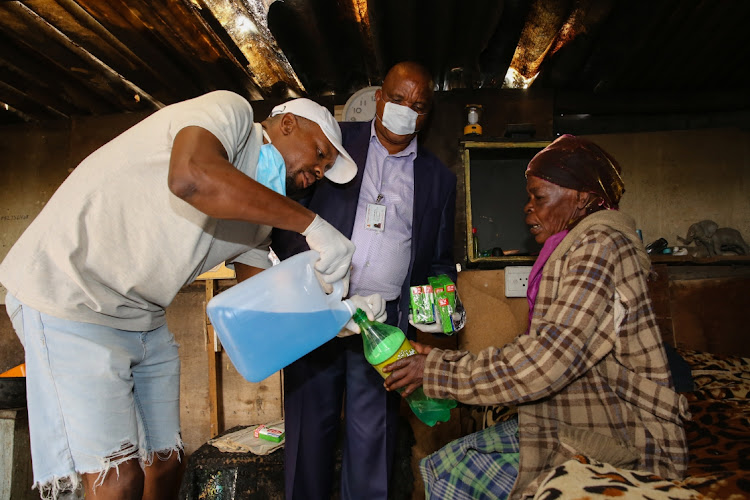 According to Mniki, the allocation of food parcels was the responsibility of the department of social development.

“The provincial government is running an intense mass campaign to educate the people and to create awareness across the province.

“We are particularly interested in reaching out to those members of society that are in distress,” he said.

The social development department said in a statement that it would be issuing food parcels to those in need.

“Such families are advised to report to their ward councillors, who will draft a list to be submitted to Sassa [SA Social Security Agency].”

Coronavirus track and trace teams in Bloemfontein are still on the hunt for 286 people who may have been in contact with exposed churchgoers.
News
1 year ago

Covid-19: Food supply secure, but exporting farmers in for a tough time

The Covid-19 pandemic is fast changing the way we live our lives. The virus has affected every facet of life - health and safety, travel, school and ...
News
1 year ago

South Africans repatriated from Wuhan, epicentre of the coronavirus pandemic in China, have spoken of their sleepless nights, fear of dying and ...
News
1 year ago