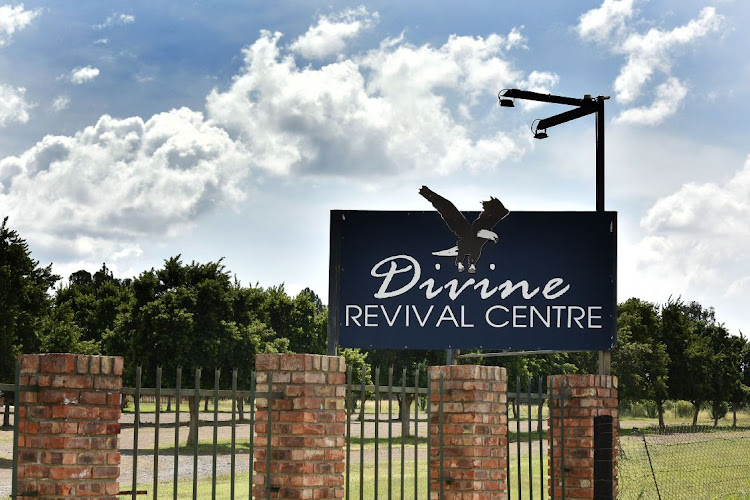 The Divine Restoration Ministry in Bloemfontein is at the centre of the Free State's push to contain the spread of the coronavirus, testing more than 1,000 people who may have had contact with infected churchgoers.
Image: CHARL DEVENISH

Coronavirus track and trace teams in Bloemfontein are still on the hunt for 286 people who may have been in contact with infected churchgoers.

The Free State health department, marshalling hundreds of Red Cross volunteers and guided by epidemiologists, is racing against time to hem in the pandemic — with three churches becoming central to its spread.

With the number of infections in the Free State rising to 72 on Sunday, ground zero for the tracing scramble is Divine Restoration Ministries, on the outskirts of Bloemfontein.

The church had hosted the Jerusalem Prayer Breakfast — an event stretching over several days — which saw congregants unwittingly exposed to five international guests from France, Israel and the US who later tested positive for the virus.

A desperate effort to trace hundreds of Bloemfontein churchgoers who are possible carriers of Covid-19 has expanded into neighbouring provinces after ...
News
1 year ago

Free State health department spokesperson Mondli Mvambi said that their search for 1,259 people had been narrowed down to 286.

He said they had tracked 973 at the weekend with the help of the Red Cross Society volunteers.

“We were able to trace people through various networks on the ground and with people presenting themselves to the department officials.

“We have expanded our tracking teams to help find the remaining individuals. Should they be found in other provinces we will inform our provincial counterparts and get them to help us in tracing them,” he said.

The Sunday Times reported that tracking teams had expanded their search beyond the borders of the Free State, after it was revealed that many of the faithful had returned to Gauteng, the Western Cape and the Eastern Cape.

Among them are controversial evangelist Angus Buchan and ACDP leader Kenneth Meshoe, who have both since confirmed that they are carriers of the virus.

Reverend Kenneth Meshoe, the leader of the African Christian Democratic Party, has tested positive for Covid-19.
Politics
1 year ago

George Mamabolo, the SA Red Cross Society programme manager, said the Red Cross was using volunteers and staff from across the country to help in the tracing process. Their role was to track and trace people.

“We have a wide network across SA, which includes people in a multitude of settings from towns and villages, who we can call on to help. So far we have been able to assist quite a bit in tracking down those that the government has been looking for.”

Divine Restoration Ministries referred questions to the department of health.

Tracing teams have also honed in on other evangelical churches, namely the Global Reconciliation Church (GRC) in Bloemfontein and Light the World in the Northern Cape, who had members attending the prayer breakfast.

Neither Apostle Mohau Rammile of GRC or Henk Kruger of Light the World could be reached for comment.

The pandemic has taken a strong foothold in SA, with 1,280 confirmed cases by Sunday night. Nearly a month after the first case was recorded on March 5, two people have died from Covid-19.

Evangelist pastor Angus Buchan announced on Thursday that he had tested positive for Covid-19, the respiratory disease caused by the coronavirus.
News
1 year ago

Covid-19: Bloemfontein church that hosted infected guests says they were screened on arrival in SA

The Divine Restoration Church in Bloemfontein on Tuesday urged congregants who attended a prayer breakfast with international visitors to urgently ...
News
1 year ago

Covid-19 has pulpits going online to reach the absent congregations

Online sermons, turning homes into places of worship and tithing via EFT. It's how churches, mosques and synagogues are adapting to the lockdown.
News
1 year ago