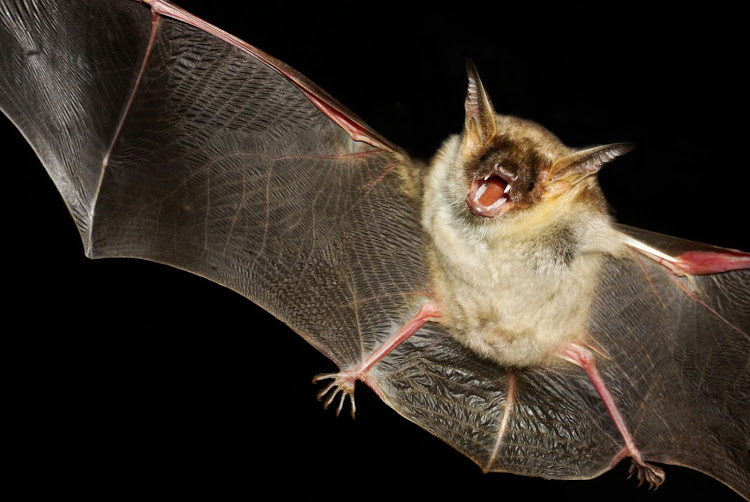 During an online meeting hosted by the South African-based Blood Lions, conservation groups appealed to the World Health Organisation (WHO) to publicly confirm the threat of live wildlife markets to human health.
Image: Geza Farkas/123RF

Conservationists have welcomed the Chinese government’s ban on the consumption of wild animal products, but have voiced concerns it may drive sales underground.

This emerged during an online meeting of numerous international conservation organisations, hosted by the SA-based Blood Lions team this week.

Though not conclusive, evidence suggests humans may have contracted the coronavirus from consuming pangolins, which may have picked up the disease from bats.

In February, a standing committee of the Chinese National People’s Congress agreed to a “complete ban of illegal wildlife trade and the elimination of the unhealthy habit of indiscriminate wild animal meat consumption”.

Dr Louise de Waal, campaign manager for Blood Lions, said this was a step in the right direction, but the committee had not addressed “special circumstances” which allowed for the use of wild animals for scientific research, medical use, and display.

“This could mean that the use of lion bones for traditional Chinese medicine be made exempt from the wildlife consumption ban,” said De Waal.

Blood Lions, both the title of the 2015 documentary on canned lion hunting and a coalition against captive lion breeding, was one of 240 conservation organisations that sent an appeal to the World Health Organisation (WHO) to publicly confirm the threat of wildlife markets to human health.

The letter was followed by the meeting, open to the public on Twitter and timed to coincide with World Health Day.

The meeting explored links between Covid-19 and the trafficking of wildlife and animal products.

They also want an end to wild animal parts being used in traditional medicine — a view supported by the signatories to the WHO letter.

Meeting participants agreed it was disappointing it had taken the Covid-19 pandemic to awaken the world to the dangers wildlife markets posed to humans.

De Waal maintained this was foreshadowed by the 2002 outbreak of Severe Acute Respiratory Syndrome (SARS), also caused by a coronavirus that emerged from wildlife markets in China.

De Waal and Buyi Makhoba, of not-for-profit WildTrust, agreed that governments needed to re-evaluate how wildlife markets were putting human lives at risk and that stronger laws were wanted to prevent further epidemics.

But some concerns were expressed about how a ban might play out.

Dr Simon Morgan, of Wildlife ACT, said: “If they ban the trade outright and don’t provide effective enforcement there is the risk of pushing trade underground, where dangerous conditions probably could become even worse.”

Morgan said at the very least, governments should acknowledge the potential threat to human health from wildlife trade, and close or limit such trade to mitigate risks.

Kenya shuts slaughterhouses over loss of donkeys to China

Kenya's agriculture minister has ordered donkey slaughterhouses to be shut down as concerns rise over the theft of the animals by gangs seeking their ...
News
1 year ago

Wuhan is the capital of the Chinese province of Hubei, which was at the centre of the Covid-19 outbreak detected there in late 2019.

Morgan explained that a “high variety of wildlife are displayed in open cages, and were selected by customers” at the market, “following which they are slaughtered on site”.

The consensus from the meeting was that the range of species in a wet market exposed people to higher chances of infection.

Concerns were also raised about the WHO’s policies, which it was said contained a number of discrepancies.

According to Megan Carr, of the EMS Foundation, an organisation committed to advancing the rights of wild animals, the WHO had previously condoned the use of wild animal parts in its Traditional Medicine Strategy.

The strategy, for the period 2014 to 2023, recognised the value of “ingredients that are not of plant origin” in traditional healing, while emphasising the importance of protecting consumer health.

However, Carr said it overlooked the threat of wet and wildlife markets, where EMS believed viruses bred.

WHO was contacted for comment, but this was not available at time of publication.

Also in the meeting was Christopher Porter, a photographer from the UK. He cited a National Geographic report which said the Chinese government had recommended Tan Re Qing, an injection containing bear bile, to treat coronavirus cases. But ursodeoxycholic acid produced in the liver of various bear species cannot cure coronavirus, the article said.

Also, as a synthetic version has been commercially produced for decades, there was scant justification for the trade in bears. This was just one of many examples raised in the article of wild animal parts being used in traditional medicine, rhinoceros’ horn being perhaps the most infamous.

A team of Chinese scientists has isolated several antibodies that it says are "extremely effective" at blocking the ability of the new coronavirus to ...
News
1 year ago

African Union throws weight behind WHO in face of Trump criticism

In a statement on Wednesday night, the AU commended the WHO for its "good work" in dealing with the coronavirus pandemic.
News
1 year ago

Fake news, be gone! SA one of world's most reliable for Covid-19 news

A recent study of Covid-19 content found that after Singapore, South Africa has the lowest "infodemic risk" percentage.
News
1 year ago