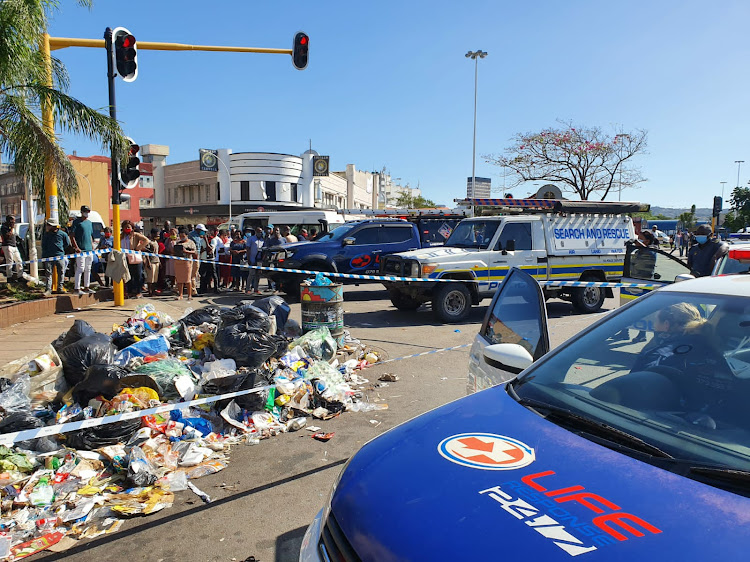 Paramedics found the body of a newborn baby in a pile of rubbish in central Durban on Thursday.
Image: Life Response 24/7

A newborn baby has been found dead in a pile of refuse in central Durban.

According to Leon Fourie, operations manager for Life Response 24/7, the team on duty received an initial report about an abandoned baby in a rubbish bin in the city at about 11am on Thursday.

Fourie said there was nothing paramedics could do as the baby had already died.

He said police were on the scene and would be investigating the matter.

​In an unrelated incident last week, Ladysmith police arrested a 19-year-old mother after she allegedly set her 10-month-old alight.

The woman reportedly told police that the baby was missing.

However she later admitted to allegedly murdering the child and hiding the remains in mielie bag.

Two days ago another Ladysmith woman was arrested for allegedly burying the body of her newborn in a shallow grave near her home.

Door of Hope Children's Mission has welcomed a new baby to its shelter, as child abandonment increases during lockdown.
News
2 years ago

Police are asking for help after the body of a baby girl was found at the Koedoeskloof dump in Uitenhage, Eastern Cape, on Monday.
News
2 years ago