Man in possession of endangered pangolin arrested in Swartwater area 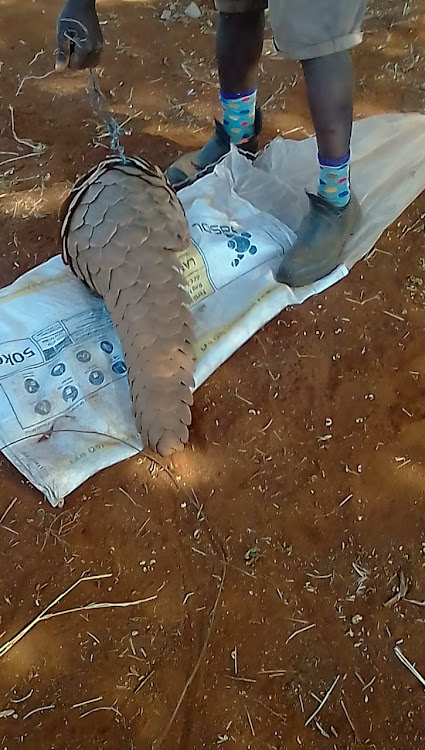 A man was arrested after he was allegedly found in possession of a pangolin in the Swartwater area on Friday.
Image: SAPS

A man who was arrested after  he was allegedly found in possession of a pangolin in the Swartwater area in Limpopo is expected to appear in the Phalala magistrate's court on Monday.

Police said they received information about a person selling a live pangolin in the Swartwater area.

"Members of the Endangered Species Unit of the SA Police Service were then activated and succeeded in apprehending the suspect and confiscating the pangolin after following up on the information provided," police spokesperson Brig Motlafela Mojapelo said.

The suspect, aged 35, will face a charge of possession of an endangered species.

In a separate case involving the endangered animal, a suspect who was arrested after being found with a pangolin in Mokopane CBD was sentenced to six years in jail without the option of a fine.

Mlampo pleaded guilty to the charge against him.

Nelushi had his case transferred to Mahwelereng regional court for trial.

Kuruman man convicted of having R250k worth of pangolin scales

A Kuruman man was convicted for being in possession of R250,000 worth of pangolin scales and the illegal possession of a firearm and ammunition by ...
News
2 years ago

The wildlife director of the African branch of the Humane Society International (HSI), Audrey Delsink, says she made no suggestion that the ...
News
2 years ago

A man who was caught in the act raping his mentally challenged victim a second time - after the initial charges were provisionally withdrawn pending ...
News
2 years ago