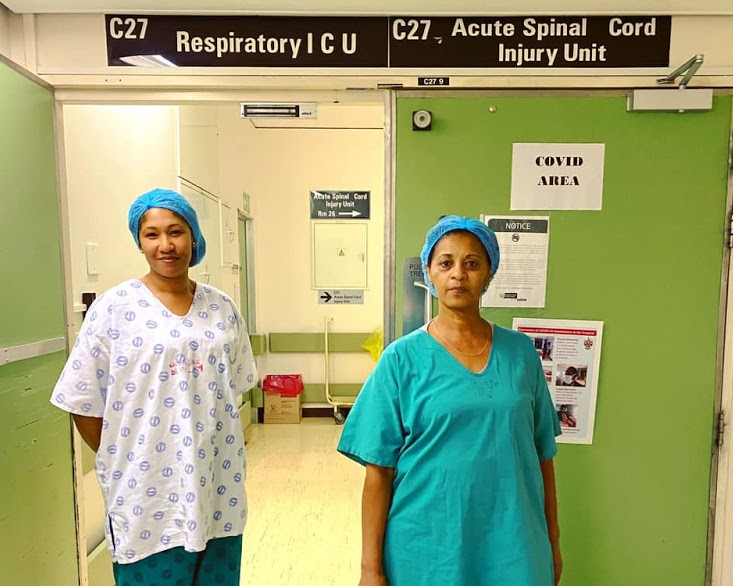 The Heroes of Groote Schuur Facebook page is a glimmer of hope for many people, and an eye-opener about the seriousness of the Covid-19 pandemic which has seen more than 130,000 South Africans become infected and more than 2,000 lose their lives nationally.

In the Western Cape, 1,764 deaths and 60,445 infections had been recorded by Sunday evening.

On the Cape Town hospital's Facebook page, front line workers share their experiences of fighting the pandemic and their tips on how to keep safe during the health crisis.

Here are five emotional posts from their page:

Verna Collins and Judith Parenzee, who work in the hospital’s respiratory ICU, on Wednesday last week opened up about the difficulties they face when dealing with dying patients, communicating the news to their families and the emotional toll it takes on them.

In a lengthy post, the pair said the intensive care unit used to house six beds before Covid-19, but it now has 18 beds and sees more admissions than patients leaving the hospital.

“We’ve only had one patient who has left, the turnover is so bad. We’ve been admitting constantly - it just goes on and on and on.”

The demands of the job don’t only cost them time which could be spent with their families, but also means they aren’t able to connect with patients as much as they usually do.

“We express our sincere condolences to their family, friends and colleagues. They were both well-respected members of the nursing team. Their hard work and commitment will always be remembered and missed by their colleagues.”

Zenobia Hendricks, a telecom operator, was described as having a sense of humour and sparkle. Her death from Covid-19 was announced on June 26.

Maria Jonson said she was shocked by her death.

She said: “What a beautiful soul indeed. May you fly with angels and rest in eternal peace. Our sincerest condolences to the bereaved family.”

Doctor opens up about testing positive for Covid-19

Doctor Laeequa Bayat tested positive for Covid-19 in May, despite having taken all the precautionary measures.

She urged people to take the disease seriously as some patients can be asymptomatic and unknowingly spread the coronavirus.

“Ask yourself if you became infected, how many people would be on that [contact] list? No-one is immune from it, no matter what your age is. You may  be infected and not know. Most patients are asymptomatic. We bear witness to this in our wards.”

Bayat urged the public to be cautious under level 3 of the lockdown.

She said before Covid-19, this was common among oncology professionals and dying patients. Dealing with the family members of Covid-19 patients who cannot be there for their loved ones is one of the most difficult parts of the job.

“Having dying patients whose family are not allowed to come inside and be with them is unbelievably difficult.

“In the wards we’ve done FaceTime for some patients, but not being able to have family members close by is very stressful for them.”

In the midst of the coronavirus pandemic, it may be difficult to tell whether your sniffing, fatigue or dry cough is a sign of Covid-19 disease or ...
News
1 year ago

Florence Masebe on Covid-19: People are dying yet others are partying, we're going to see flames