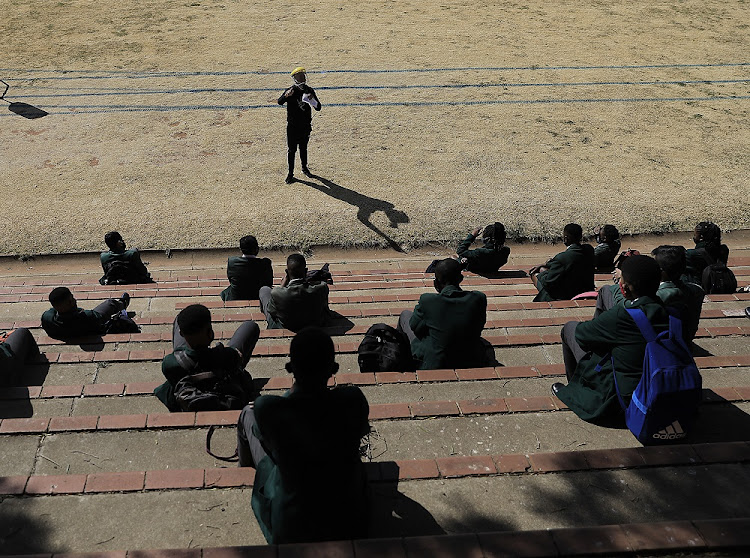 Pupils practising social distancing at school. Health minister Dr Zweli Mkhize announced on Monday night that 1,985 new infections had been recorded across SA in the past 24 hours.
Image: ALON SKUY​

South Africa recorded fewer than 2,000 new cases of Covid-19 in a 24-hour period on Monday for the first time since Friday.

Health minister Dr Zweli Mkhize announced on Monday night that 1,985 new infections had been recorded in the past 24 hours. This is after 2,505 new cases were confirmed on Sunday night and 2,418 on Saturday night.

The latest confirmation takes the country's total number of infections to 627,041.

Mkhize also announced that 121 Covid-19 related deaths had been recorded in the past 24 hours: one from KwaZulu-Natal, 20 from Gauteng, 20 from the Eastern Cape, 24 from the Western Cape, eight from the North West, 16 from the Free State, 23 from Limpopo and nine from the Northern Cape.

This means that the country now has 14,149 confirmed fatalities linked to the respiratory illness.

Mkhize said the country's recovery rate had increased to 86%, with a confirmed 540,923 recoveries to date.

More than eight months into the pandemic, the United States continues to struggle with testing, seeing the number of people tested fall in recent ...
News
1 year ago

The ANC has resolved that all its members who have been charged with serious criminal and corruption charges must step aside.
Politics
1 year ago