Pandemic deaths in SA likely to hit 36,000 this year — close to what consortium modelled in May

Upcoming report will analyse excess deaths and factor them in, say experts 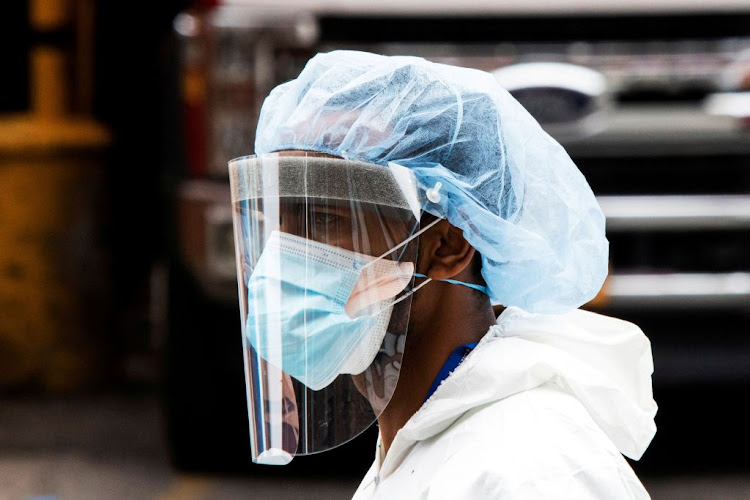 While the official death toll is currently just above 15,000, the Burden of Disease Research Unit's weekly report on excess deaths indicate that the actual number of Covid-19 deaths over the past few months is far higher.
Image: REUTERS / EDUARDO MUNOZ

“We take no joy in this, but we will probably end up being close to the 40,000 that we projected in mid May if you include excess deaths.”

These are the words of health economist Prof Gesine Meyer-Rath, a member of the National Covid-19 Modelling Consortium which painted a grim picture about two months after the pandemic hit SA.

The consortium said that 40,000 people would die from the disease, and it looks like the number for this year will be about 36,000.

Meyer-Rath recently disclosed on a Sunday Times LIVE Dialogues that a report would soon be released confirming the accuracy of the model.

“Excess deaths” are calculated by looking at figures one would normally expect from a certain time of year based on historical data and then comparing those with actual deaths.

While the official death toll is currently just above 15,000, the Burden of Disease Research Unit at the SA Medical Research Council (SAMRC) had been bringing out a weekly report on excess deaths which indicate that the actual number of Covid-19 deaths over the past few months is far higher.

She said, “The only way of knowing how many deaths are Covid-19-related is to look at the pattern of how those excess deaths move through space and time, and we saw that in every single place where excess deaths show up, Covid-19 cases also increased.”

While analysis is still under way, she said it looked like the final number would be about 36,000 deaths, which would include about 80% of the excess deaths, leaving a margin for those who had perhaps needed hospital care for other reasons but not sought it due to pandemic fear, or due to food insecurity which she said was a “nice way of saying starving”.

She added, “We hope that by the beginning of November, only a few deaths will be added but we will never know with absolute certainty.”

Dr Nicholas Crisp, a public health specialist who was deployed to oversee the department’s response to the pandemic in the Western Cape, explained how the province was at the “spearhead” of learning about the “unknown” and about responding to what the modelling was telling us.

Also, there were surprises in store for how people would respond to the governmental approach.

Covid-19 recoveries stood at 566,555 which translates to a recovery rate of 88.6%, the health ministry said in an update on Monday.
News
1 year ago

“As community transmission picked up, we tried to offer people options for isolation, and particularly for people from informal settlements where we were expecting large numbers of people to need assistance,” he said, “but many people did not actually want to leave their homes even with space in three or four star hotels on offer.”

Many refused as they were “afraid their goods would be stolen or their houses would be occupied”, he said, “so these are some of the social things we learnt about community behaviour. You cannot simply as a councillor or medical practitioner decree how people are going to behave.”

Prof Shabir Madhi, who leads the SAMRC’s vaccines and infectious diseases unit, said that “the number of infections is waning because of non-pharmaceutical interventions” but that there is “also another hypothesis being explored”.

He explained that in communities that are very densely populated, like Soweto or Khayelitsha, people have been intensely exposed to common coronaviruses before Covid-19 came along, and that this has possibly induced an immune response that now stands them in good stead during the pandemic.

“This would provide cross-protection against severe forms of Covid-19 disease because underlying immunity has been induced by other coronaviruses,” he said.

'Highly unlikely' you can get Covid-19 from food, say experts

It’s highly unlikely that you can get Covid-19 from food, says a team of international experts on food contamination.
News
1 year ago

Stool tests may be more effective than respiratory tests in identifying Covid-19 infections in children and infants since they carry a higher viral ...
Lifestyle
1 year ago