Many districts desperate for rain as summer water restrictions loom 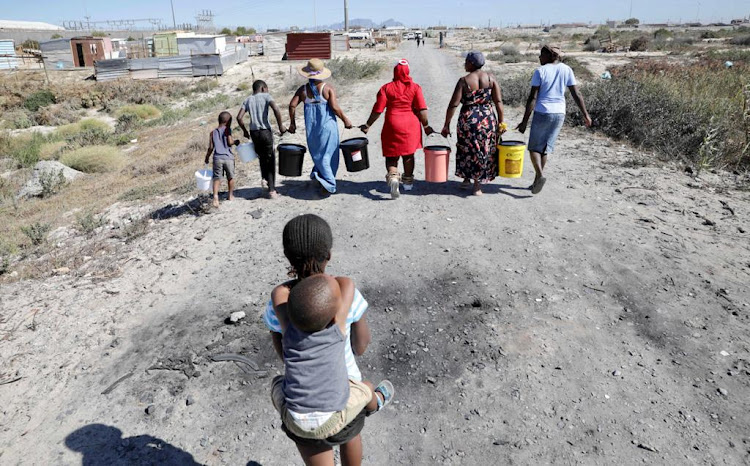 Water restrictions could be on the cards in large parts of the country if heavy rains don't top up dam levels soon.
Image: Esa Alexander

Should warm conditions continue without heavy rain soon, municipalities in some parts of the country could be forced to introduce stringent water restrictions, says the department of water & sanitation.

Dams in many parts of the country are dropping by about 1% week-on-week.

“The situation is particularly dire in the Nelson Mandela region of the Eastern Cape, where the water-stricken municipality has declared Day Zero. The municipality has sent an SOS message for the government’s immediate intervention,” said the department.

“Also in the dire straits is the Mopani District in Limpopo, where three local dams have dropped below 20%. There is virtually no water in Middel-Letaba Dam. The absence of water in Tzaneen has affected the citrus industry and unless there is some form of intervention the region may be affected by severe drought. Modjadji Dam dropped from 12.2% to 11.2%,” said the department.

Though the Free State has the most water because of its big dams, water levels have been falling there too. The Free State and Gauteng have experienced warm temperatures — affecting the rate at which water evaporates.

At its peak, tourism declined in the province, a warning that it is crucial for it to build on water-efficient infrastructure
Opinion & Analysis
1 year ago

“Dams in Zululand and Umkhanyakude district are reportedly in a desperate situation as most towns are facing serious water challenges.”

But in the Western Cape the outlook is entirely different. “At this rate the levels are set to shoot through the roof by the end of the province’s hydrological season. The abundance of water is likely to boost the local economy astronomically, as the wine industry will export more wine,” said the department.

Generous rains would relieve farmers, but recovery will be slow
Business Times
1 year ago

R50m made available for drought intervention in EC municipalities

More than R50m has been made available for drought intervention in Eastern Cape municipalities, the water and sanitation department said on Tuesday.
News
1 year ago