At its peak, tourism declined in the province, a warning that it is crucial for it to build on water-efficient infrastructure 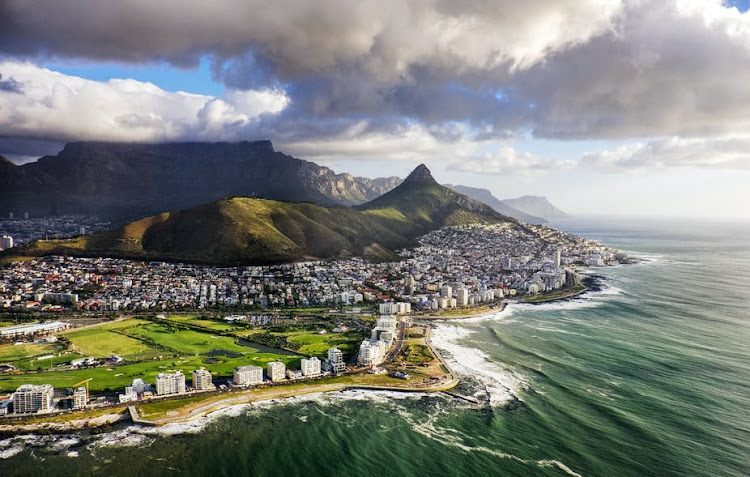 DEVASTATING The Cape Town drought was one of the longest and the worst to affect the city and the region in recent times.
Image: Getty Images

Extreme weather events have been topical in the southern African region and beyond in the past decade or so. Before tropical cyclones Idai and Kenneth, no major weather event had attracted such international media attention as the Cape Town drought, popularly dubbed Day Zero. This was the day the taps of Cape Town were anticipated to run dry.

Extreme droughts have been on the increase in Southern Africa, with far-reaching socioeconomic and environmental implications for the region. Assessing and documenting their impact has been lagging, a situation that has been bemoaned by academics and the Intergovernmental Panel on Climate Change.

To fill some of the gap, our study examined the causes and effects of climate change-induced droughts on the tourism industry in the Western Cape, a regional and continental tourism hub. Tourism is an important economic sector to Cape Town and SA at large. The Western Cape attracted about 1.7 million international tourists in 2018 and generated R16.3bn in foreign spending in 2019.

Our research found the drought in Cape Town was caused by both natural and human (anthropogenic) drivers of climate change. This was compounded by increasing population and increased water demand in the province and Cape Town, in particular.

How the drought hit the tourism sector

The 2015 to 2018 drought was one of the longest and the worst to have affected Cape Town and the region in recent times. Rainfall declined from an annual average of about 493mm in 1993 to about 149mm a year in 2017. The drought turned into a crisis, given the extent of water scarcity, and received widespread media attention.

The politics around the issue worsened the situation. Given the Western Cape is run by the SA’s opposition party, the DA, there were delays with declaring the water situation in the province a national disaster. This limited the deployment of resources to the city, crippling its response to the disaster. Declaring the drought a disaster would’ve eased procurement processes and provided resources needed to deal with it. There were constant spats about the cause of the disaster, the extent and who was responsible for managing it.

International media coverage and the phrase “Day Zero water crisis” painted a bleak picture of the situation. The image of Cape Town as a city in crisis damaged perceptions of the destination. This resulted in tourists postponing or cancelling travel to what was one of the most popular destinations in the world. 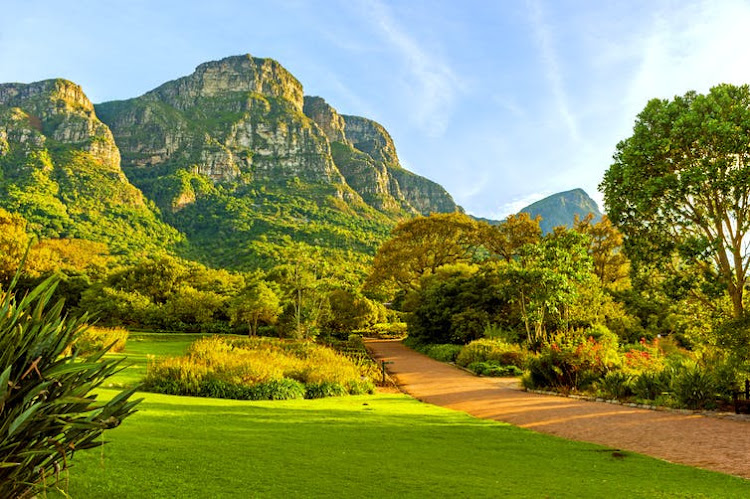 Our study found that there was a decline between 1.3% and 12.6% on month-on-month tourism arrivals to the province in 2017 and 2018, at the peak of the drought. This resulted in a decline in hotel occupancy and tourist arrivals at the city’s most popular tourism sites, such as the V&A Waterfront, Table Mountain Cableway, Kirstenbosch Botanical Garden and Cape Point.

The decline in arrivals severely undermined revenue generation for most tourism businesses and for the city, national parks and other private nature reserves in the area. Average spend by international tourists declined by 30% between 2017 and 2018. The decline in arrivals, on the other hand, in a way saved the situation by reducing water demand, as consumption for the city declined by 50%.

This could be attributed to perceived capacity to provide water from alternative sources to ensure a comfortable stay by guests. Our study found that some top hotels had invested in water-harvesting technologies, which allowed them to operate without reliance on city water supply. 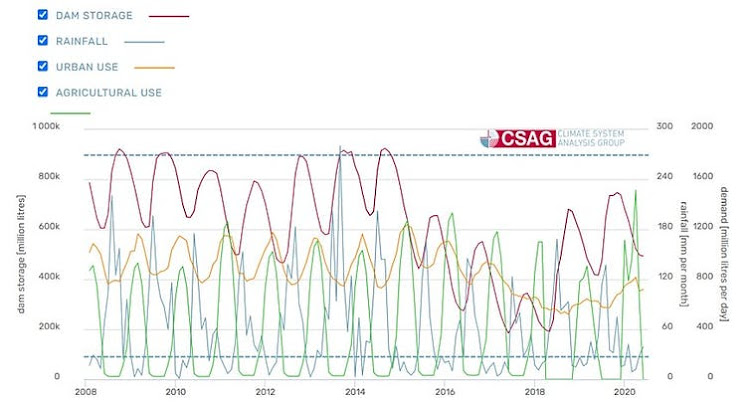 THE NUMBERS Cape Town’s water supply and demand from 2008 to 2020.
Image: Provided by the author

As seen in the graph, water levels have improved since the cancellation of Day Zero. Cape Town and the Western Cape must continue championing and ensuring water efficiency, putting in place measures to reduce water demand by every economic sector and build water resilience. Given the drought is over, for now, there’s a need to use the drought levies that were instituted to put in place infrastructure that augments current water supply to build a water-resilient city.

As we found in our study, in the event of future droughts, the use of terms and alarmist messages that may scare away investors and tourists should be avoided. The Day Zero experience is not a one-off event. As long as climate change continues, there are many other day zeros on the way in many cities around the world.