'Nobody is above the law': Police chief on latest arrest of high-ranking cop 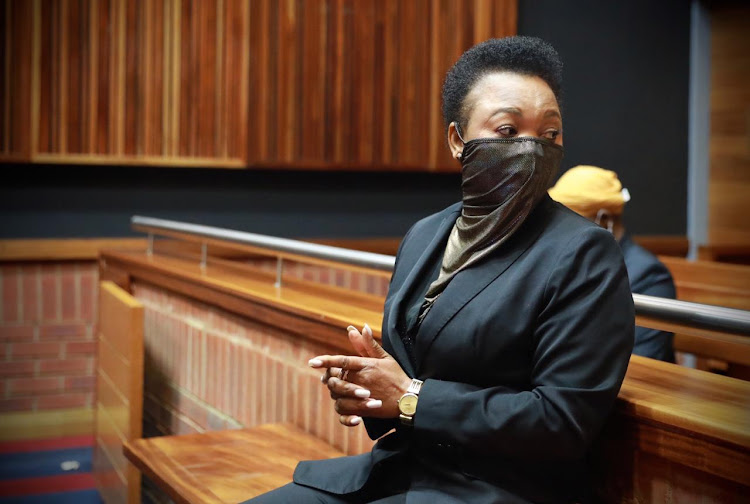 National police commissioner Gen Khehla Sitole has lauded the arrest of one of his deputies on Monday.

She is now the  13th accused in the tender fraud cause.

Mgwenya appeared at the Palm Ridge magistrate's court after being arrested at her home in the early hours of the morning. She was released on bail and indicated she would plead not guilty to all charges.

Sitole pledged his support for efforts aimed at rooting out criminality within the police service, stating that “nobody is above the law”.

Lt-Gen Bonang Mgwenya made a brief appearance at the Palm Ridge magistrate's court on Monday in connection with the so-called "blue lights" fraud ...
News
1 year ago

“My position regarding criminality by members within the ranks of the SAPS has been made clear by the arrest of a multitude of SAPS members by a task team reporting to me on investigations into vehicle-marking-tender fraud, as well as our support for the ID in respect of the blue-light-tender fraud investigation,” said Sitole.

Others who are also allegedly involved are Judy Rose, Samantha Andrews, Vimpie Manthata and a company represented by its director.

They all face similar charges.

Sitole added that interventions had been put in place to ensure service delivery in the absence of Mgwenya.

Speaking at a press conference on Monday, police minister Bheki Cele said: “I repeat that whenever a member of the SA Police Service, it doesn't matter who or what rank is, is arrested, it doesn’t give us comfort. It's not a good feeling, but it's correct.

“It's correct that when a case has been investigated and it's found that somebody has done something wrong, it's correct to arrest that person. It's a sad feeling, no doubt about it. Especially the latest arrests.”

He said he received the information about Mgwenya's arrest on Monday morning.

“It's a situation that leaves you sad but, again, it will leave you perplexed if the right thing is not done. We just wish that it continues, goes to court and the court tells us what really happened,” he said.

A high profile police officer has been arrested for alleged fraud relating to a multi-million rand tender for emergency warning equipment.
News
1 year ago

A former top KwaZulu-Natal cop is expected to hand herself over to police on Monday after failing to appear in the Durban magistrate's court to face ...
News
1 year ago