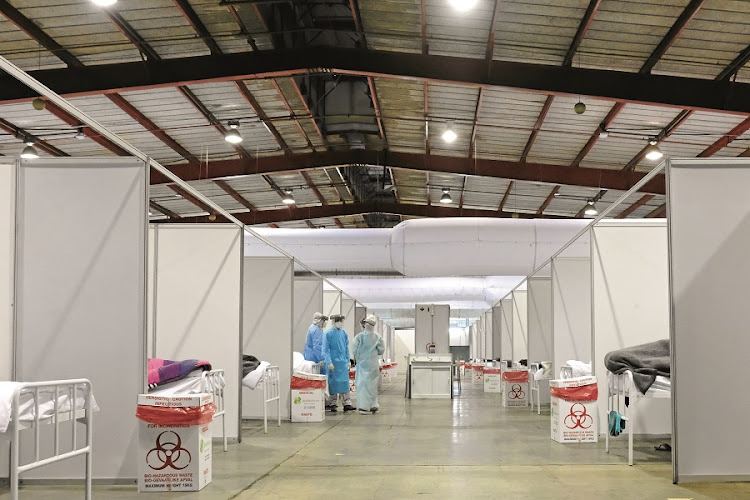 The Gauteng health department says the Nasrec field hospital will remain open until January, as it closes the other three quarantine/isolation sites.

Gauteng department of health spokesperson Kwara Kekana said Nasrec will not close because the threat of Covid-19 infections has not completely reduced in the province at the moment.

“Due to low demand for services in these facilities, and the need to make use of the venues by the owners, Telkom and Transnet sites were closed in August and September respectively, while the Eskom site is expected to be closed by the end of November,” she said.

There is a significant chance SA could be hit by a second Covid-19 wave, health minister Zweli Mkhize said on Monday.
Politics
1 year ago

The Nasrec facility was one of four facilities that were contracted by the provincial government to be used for isolation and quarantine of Covid-19 positive patients in the province. The other sites were Telkom in Olifantsfontein, Transnet in Esselen Park and Eskom in Midrand.

“The projected peak was not realised by end of September 2020 as per initial projections. The threat of the second wave of infections still remains, according to the World Health Organisation,” he said.

“The province is cautious in its decisions to start reducing the number of beds outside hospital environments without consideration of underlying threats of a second wave, which is evidently being realised in other countries.”

Mamabolo expressed gratitude to state-owned enterprises for their support and for opening their doors to the public as the country faced the worst pandemic in centuries.

“On behalf of the Gauteng provincial government, I would like to express our sincerest appreciation for the support and facilities that were provided by Telkom, Transnet and Eskom in response to the call for strengthening capacity and efforts towards managing Covid-19. We are truly grateful,” he said.

Kekana said five patients have been admitted so far in October and 21 patients were treated in September at the Nasrec facility.

SA recorded 1,461 new cases of Covid-19 in the past 24 hours, the health ministry confirmed on Monday.
News
1 year ago

Health minister Zweli Mkhize has confirmed that 1,662 new cases of Covid-19 had been confirmed since the last report.
News
1 year ago