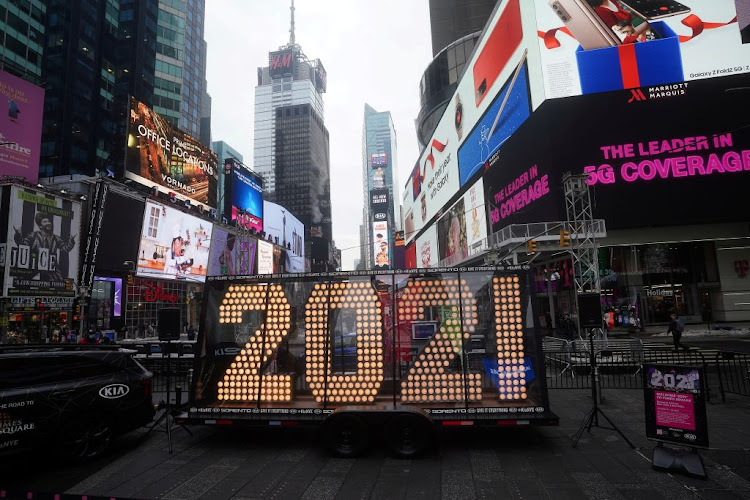 The '2021' numerals that will be placed atop a building for New Year's Eve in Times Square are pictured in New York, US, on December 21 2020.
Image: REUTERS/Carlo Allegri

Eskom has suspended load-shedding, saying the demand for electricity has dropped ahead of the long weekend.

Consumers are still being asked to use electricity sparingly, as supply is limited and the utility is focusing its energy on getting the system ready for when people return to work after the festive season.

“Eskom requests the people of SA to continue using electricity sparingly as the system remains vulnerable and unstable,” it said in a statement.

“Eskom will use the lower demand opportunity to replenish the emergency generation reserves in preparation for the higher demand expected during January as economic activity resumes.

“During this period Eskom will also continue to pursue increased reliability maintenance as planned. While this will put pressure on the generation plant, maintenance is necessary in order to improve the reliability and performance of the power stations.”

'No wonder we are replacing fireworks with candles': SA reacts to stage 2 load-shedding

Brace yourself for darkness, Mzansi
News
1 year ago

The Festival of Lights event at the Johannesburg Zoo on Tuesday has been put on ice after SA’s move to level 3 of the lockdown regulations.
News
1 year ago

POLL | How will you spend New Year's Eve?

Police minister Bheki Cele issued a stern warning for those who break the curfew on New Year's Eve.
News
1 year ago