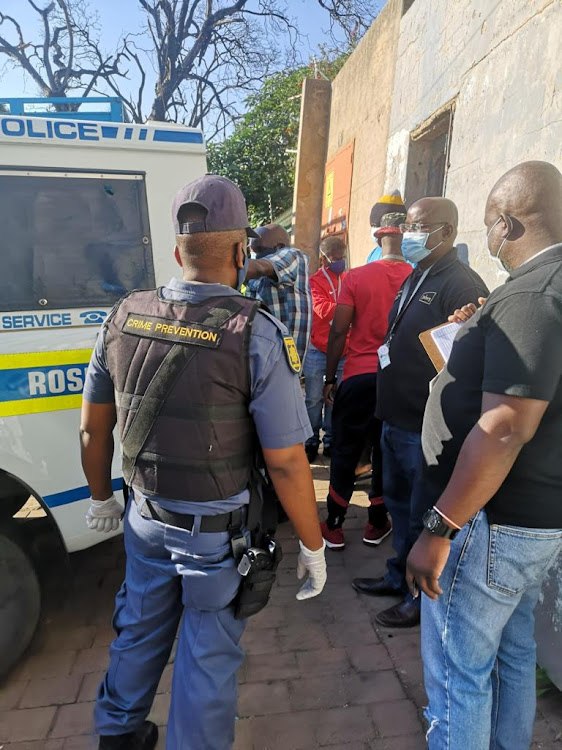 Forty people accused of hijacking a building were arrested on Thursday during a sting operation in Doornfontein, eastern Johannesburg.
Image: Supplied

A hijacked property was handed over to its owner in Doornfontein, in eastern Johannesburg, on Thursday and 40 suspects at the property were arrested during a sting operation by JMPD and the city’s Group Forensic and Investigation Service (GFIS).

The suspects were expected to appear in the Jeppestown magistrate’s court on Thursday, but TimesLIVE was informed they would in fact appear on Friday. They will face charges of trespassing, malicious damage to property and contempt of court.

According to a statement by the city of Johannesburg, it is alleged that the property was recently hijacked by a number of people who forcefully took occupation and control of the building.

“The owners approached the high court where an eviction order was granted in December last year. The eviction was executed and security personnel were hired to guard the property. However, the suspects attacked them and forcefully moved back into the property the next day,” reads the statement.

The matter was then reported to the police and to the city’s GFIS for investigation.

The city said it was committed to stopping the rot in the city and to make it a prosperous and inclusive place “for our people to live, work and play in”.

“The city asks people to report fraud and corruption through the 24-hour tipoff hotline 0800 002 587, or to visit the offices of GFIS at 48 Ameshoff Street, Braamfontein,” reads the statement.

Three home affairs officials including one who demanded a R10 000 bribe from an undocumented foreign national in Jane Furse, Limpopo were arrested by ...
News
1 year ago

Traffic cops arrested and examiners fired for bribery and corruption

Two Gauteng traffic officers, who allegedly demanded a bribe of R5,000 from a truck driver, were arrested in a sting operation on Friday.
News
1 year ago

A Northern Cape official with the Hawks is facing a charge of theft after allegedly disappearing with money used in a sting operation.
News
1 year ago