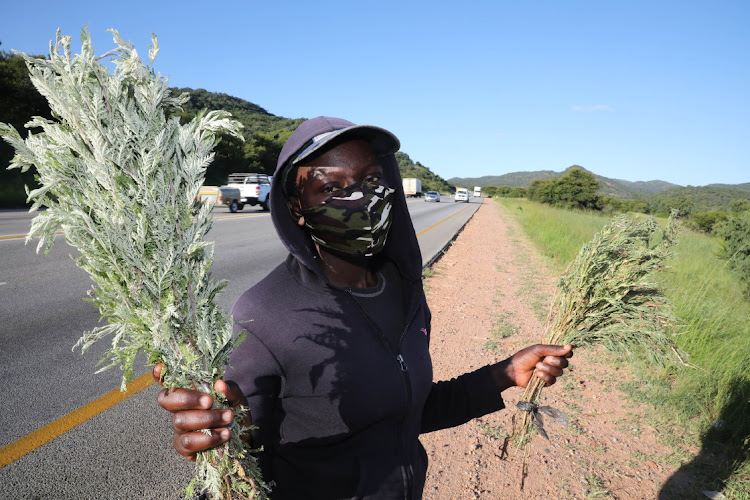 As rising Covid-19 cases choke Limpopo’s public health system, some local folk are making a quick buck selling African wormwood along the N1 to Polokwane and other major routes in the province.

Known in these parts as lengana (or umhlonyane in Nguni), the wild herb is now a permanent feature on the N1 highway and on routes like R81, from Polokwane to Giyani.

The wild herb, also known by its scientific name Artemisia afra, has been trusted for ages for treating symptoms associated with flu and colds. And given the current Covid-19 scare, the road sellers are coining it.

President Cyril Ramaphosa says details of government deals with vaccine manufacturers will be released as and when negotiations are concluded and ...
Politics
8 months ago

A British study found widely used antibiotics azithromycin and doxycycline were generally ineffective against early-stage Covid-19, as the search for ...
Lifestyle
8 months ago

SA's delayed Covid-19 vaccination programme means a third wave of the virus in three to four months will cut another swath through high-risk groups.
News
9 months ago