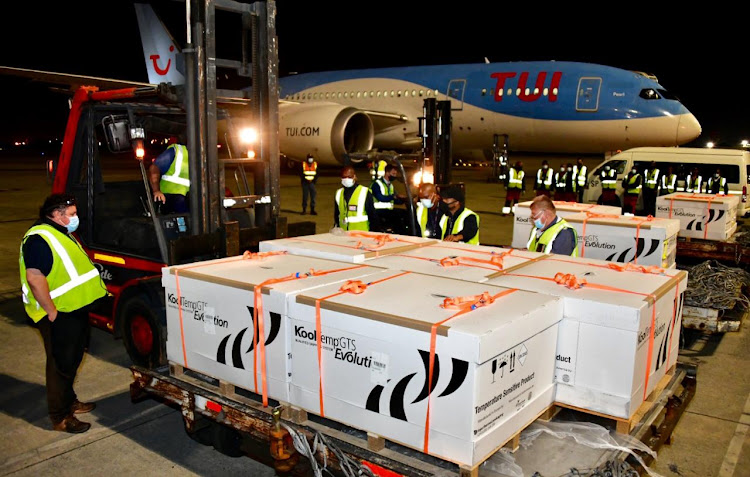 The vaccines arrived in the country on Tuesday night and are the first batch of 80,000 doses of the vaccine which are being distributed across SA.

Staff at the Inkosi Albert Luthuli Central Hospital are awaiting the arrival of the vaccine from the Durban's King Shaka International Airport.

The vaccines are expected to arrive via a convoy of police and department of health vehicles.

'There will be no wasteful or fruitless expenditure': Zweli Mkhize confirms AstraZeneca vaccines offered to AU

The one million Oxford/AstraZeneca vaccines which arrived in SA two weeks ago will be offered to other African states.
Politics
1 year ago

The first batch of Johnson & Johnson Covid-19 vaccines will arrive at the OR Tambo International Airport on Tuesday night.
News
1 year ago