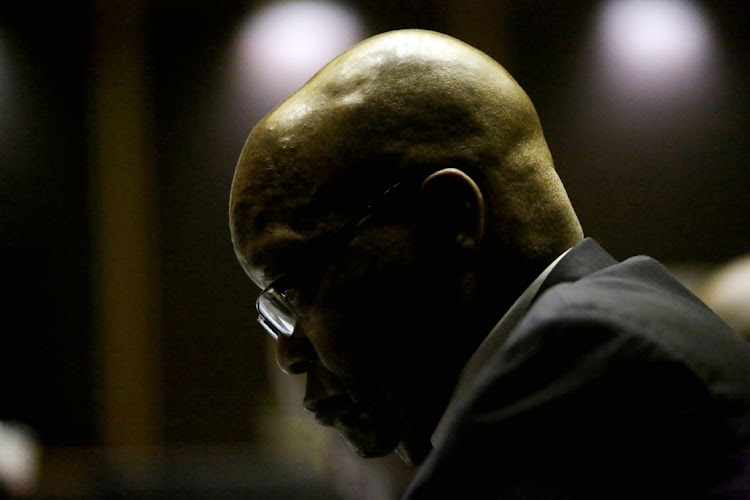 The bloody attack on the US legislature on January 6 was the inevitable consequence of Donald Trump’s narcissism and contempt for democracy, and it will always top the list when history evaluates his legacy.

Jacob Zuma’s basic instincts and his conduct as paramount chieftain rather than president of a democratic state should already have told us on December 18 2017 that it would end in disaster (and probably prison).

His current defiance of the highest legal powers to conceal his own corruption and grotesque mismanagement, will likewise be at the top of the list when his legacy is judged someday, writes Max du Preez in today’s new edition of Vrye Weekblad.

And Jacob Gedleyihlekisa Zuma. Who and what are we as South Africans that such a man was twice elected as our president? How did it come about that a person of his calibre was allowed to dominate the national scene for almost a decade and cause destruction that it will take decades to undo?

Zuma’s lack of schooling (he only progressed to grade 5) may account for his inherent anti-intellectualism, but it doesn’t mean that he is unintelligent. In fact, like a blind person’s hearing becomes more acute to compensate for the sensory deficiency, in the same way, Zuma’s lack of an academic background sharpened his ability to manipulate people and become a better party political tactician – better, for example, than Thabo Mbeki and Cyril Ramaphosa with their university degrees.

Zuma joined Umkhonto we Sizwe when he was 21 years old. He was captured that same year and sentenced to 10 years on Robben Island. None of the leading figures who were on the island at the time really remember him. Two years after his release he went into exile. In Swaziland and later Mozambique he was more in his element and began to rise. In 1985 he went to Lusaka where he became part of the ANC’s notorious security body, NAT (also known as Mbokodo, The Rock that Crushes).

Mbokodo was mostly concerned with disciplinary functions and smoking out supposed (and real) police informants in MK. Assault, torture, detention without trial, executions and assassinations were among their methods.

I have previously written about evidence of Zuma’s involvement in the 1989 murder of Thami Zulu, a promising young MK leader whom Zuma saw as a threat. But the family and friends of another young MK leader, Benjamin Langa, also point fingers at Zuma after his murder in 1984. Langa was “executed” after an MK soldier sent a confidential report to Zuma that he had been seen in the company of a policeman.

Read this article and more news and analysis in this week's edition of Vrye Weekblad.

HIGH TIMES | A sharp rise in commodity prices and unprecedented stimulus measures as a result of the pandemic have raised fears of a return of higher inflation to some parts of the world, writes Hugo Pienaar.

FORWARD, MARCH! | The perfect soldier is a fearless, ruthless and skilled fighter who does as he’s told and is missed by no-one when he’s gone. Such a soldier doesn’t exist – yet, writes Willem Kempen.

ONLY THE LONELY | It is almost impossible to get rid of delinquent civil servants and bad apples in the ruling party, writes Ismail Lagardien. This makes the world a cold, lonely place for Cyril Ramaphosa.

Cyril Ramaphosa is in a cold and lonely place

FREE TO READ – BRAIN VS BOEP | Neuroscientist Mark Solms calls Sanjay Gupta's book Keep Sharp: How to Build a Better Brain at Any Age, a rare combination of good science and self-help – with important news about your waistline.

Keeping your brain sharp starts with your waistline

A MONUMENTAL DISGRACE | The commemorative garden for the Cradock Four is overgrown and dilapidated two years after it opened on Human Rights Day in 2019, writes Abigail Calata.

Some urgency, little credibility, plus five highlights from 'Vrye Weekblad'

Read more about President Cyril Ramaphosa's State of the Nation Address and more news and analysis in this week's issue of 'Vrye Weekblad'.
News
1 year ago

The movement of the rand against the US dollar in 2020 is a striking example of how difficult it is for economists and investors to predict the ...
News
1 year ago