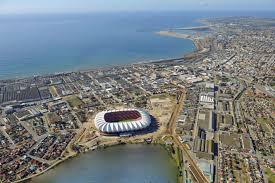 The decision was officially approved and gazetted by sports, arts and culture minister Nathi Mthethwa on Tuesday.

Other major name changes will see the town of Uitenhage changed to Kariega, while the Port Elizabeth Airport will now be known as Chief Dawid Stuurman International Airport.

The name change issue had been dragging on for about two years, with residents submitting hundreds of objections to what were then proposals. When the recommendation by the Eastern Cape Geographical Names committee that Port Elizabeth be renamed Gqeberha was first mooted, it caused an uproar among residents.

A petition titled “Keep the name Port Elizabeth” was circulated on social media and garnered about 26,000 signatures.

However, the petition — despite the signatures — was counted as a single objection.

LISTEN | Gqeberha: how to pronounce it and how it came about

End of the line for VW field hospital?

Hundreds of contract health-care workers could lose their jobs because the fate of the Dr Elizabeth Mamisa Chabula-Nxiweni Field Hospital in Port ...
News
1 year ago

Teacher assistants in PE protest over non-payment since December

Dozens of teacher assistants protested outside the education department in Port Elizabeth on Monday, claiming they are yet to see a cent due to them ...
News
1 year ago