More than 80,000 health-care workers vaccinated as first batch of shots used up in two weeks 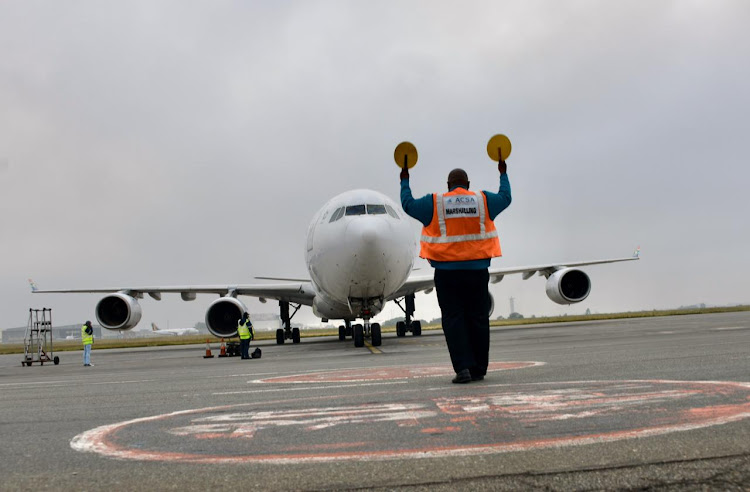 An SAA flight with doses of the Johnson & Johnson vaccine arrives at OR Tambo International Airport on Saturday.
Image: GCIS

SA has already used up its first batch of Johnson & Johnson Covid-19 vaccines, the health ministry said on Wednesday.

Health minister Dr Zweli Mkhize said that the number of health-care workers who had  received their Covid-19 shots was 83,570 as of 6.30pm on Wednesday.

"We are very encouraged that our first target of exhausting the first batch of 80,000 vaccines from Johnson & Johnson in two weeks has been achieved and exceeded. We have taken every opportunity to learn from this process and continue to refine the programme in preparation for rollout to the larger community in the subsequent phases," he said in a statement.

The first batch of 80,000 vaccines arrived in SA in mid-February, with the second batch having arrived at the weekend.

Second batch of Covid-19 vaccines arrive in SA on Saturday

The government has confirmed that all is on track for the second batch of Johnson & Johnson Covid-19 vaccines to arrive in SA on Saturday.
News
4 months ago

Mkhize also reported on Wednesday night that there were now 1,516,262 confirmed cases of Covid-19 recorded across SA after 1,447 new infections were identified since Tuesday.

Mkhize also confirmed that 95 new Covid-19 related deaths were reported in the past 24 hours. Of these, 30 were in Gauteng, 25 were in the Western Cape, 19 were in the Free State, eight were in KwaZulu-Natal, seven were in Mpumalanga, five were in the Eastern Cape and one was in the Northern Cape. There were no new deaths recorded in Limpopo or North West.

To date, 50,366 Covid-19 related fatalities have been confirmed across SA.

Woman dies from brain haemorrhage in Japan days after vaccine, but link uncertain

A Japanese woman in her 60s died from a brain haemorrhage three days after receiving a Pfizer coronavirus vaccination, the health ministry said on ...
News
4 months ago