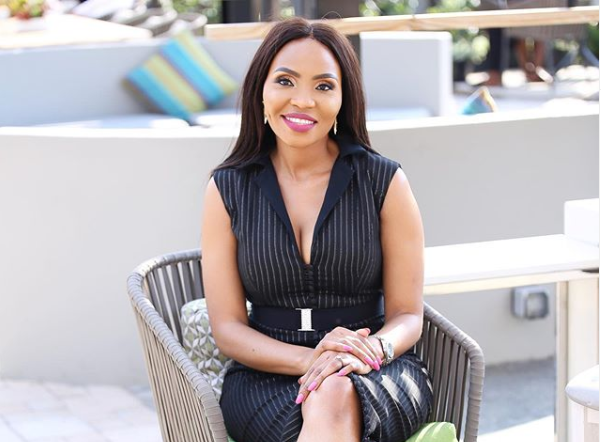 Judge Cassim Sardiwalla said the spat between Norma Mngoma and Malusi Gigaba was a domestic dispute that was not deserving of the high priority of the Hawks.
Image: Instagram/Norma Gigaba

Police minister Bheki Cele and the Hawks have applied to appeal a high court judgment that found that Nomachule Norma Mngoma had been unlawfully arrested.

Mngoma was arrested in July last year after allegedly damaging a Mercedes-Benz G Wagon — that was being driven by her husband, former finance minister Malusi Gigaba — by repeatedly scratching it with a vegetable slicer.

There was also an allegation, leading to a charge of crimen injuria, that she had sent an insulting text message to a friend of Malusi’s.

But Pretoria judge Cassim Sardiwalla said that the Hawks officers involved had “abused their powers and position” in the law-enforcement agency. The aim was “presumably to avenge a wrong or perceived wrong” on the part of Gigaba.

It was not for any lawful purpose, he said.

Hawks ‘abused their powers and position’ in arrest of Norma Mngoma

Their aim was ‘presumably to avenge a wrong or perceived wrong’ against her powerful husband, says judge
News
11 months ago

But in an application for leave to appeal, Cele and the Hawks say that Sardiwalla “misdirected” himself when he found that Mngoma’s application was urgent since she was already out on bail.

“The application was not urgent, as the warrant of arrest was already obtained and executed as far back as 30 and 31 July 2020 respectively, and all the electronic equipment were already returned on 5 August 2020,” said the application.

The application added that all the issues Mngoma had raised in her case should have been decided by the court that was hearing her criminal trial, and not separately in the high court.

Mngoma last appeared in the Pretoria magistrate’s court on February 12, the day after Sardiwalla’s judgment was delivered. The case was postponed by magistrate Thandi Theledi to March 26.

Prosecutor Hilke Janse van Rensburg told the court that the NPA had agreed with Gigaba’s legal team that the docket and the high court’s judgment would be referred to the director of public prosecutions. Gigaba’s team’s representations to the DPP would also be made during the postponement period.

Sardiwalla was scathing in his critique of the actions of the two Hawks officers who arrested Mngoma, Capt Kenneth Mavuso and Sgt Norton Ndabambi, saying their explanation for the Hawks' involvement in the matter was not sustainable.

The Hawks are mandated to investigate serious and high-priority crimes.

Mavuso had said in court papers he and Ndabambi were both members of a special task team that had been created to deal specifically with cases of conspiracy to commit murder.

“During June 2020 the former minister ... laid a complaint under oath that he had reason to believe, and that he had been informed, that there was a conspiracy to kill him. This complaint was directed to the task team to investigate.”

This was how his unit came to be involved with Gigaba, said Mavuso.

When further allegations were made, it “was logical that our task team decided to investigate these offences as well ... to establish whether there was any link to the complaint of the conspiracy to commit murder”, said Mavuso.

But Sardiwalla said that the Hawks’ evidence on this score, and on how Mngoma was related to it all, was “vague” and  there was no evidence that the operation in respect of Gigaba was sanctioned by Hawks head Godfrey Lebeya.

“It is clear that this is in fact a domestic dispute between two prominent members of society, however the offences are not deserving of the high priority of the Hawks,” he said.

Instead, the involvement of the Hawks “speaks to the abuse of power by Mr Gigaba as a former minister in using the state administration for his own personal benefit with an intention to intimidate his wife in a domestic spat”, said the judge.

Former finance minister Malusi Gigaba says he will not comment publicly on the spat between himself and his estranged wife.
News
11 months ago

Hawks ‘abused their powers and position’ in arrest of Norma Mngoma

Their aim was ‘presumably to avenge a wrong or perceived wrong’ against her powerful husband, says judge
News
11 months ago

The Pretoria high court has set aside Nomachule "Norma" Mngoma’s arrest and found the decision to confiscate her cellphones and laptops was unlawful, ...
News
11 months ago

The high court’s judgment is being referred to the director of public prosecutions.
News
11 months ago

'Why did she keep quiet for so long?' - Here's what Mzansi thought of Norma Mngoma's explosive interview

Should Norma Mngoma have spoken out and, if so, why now?
News
1 year ago