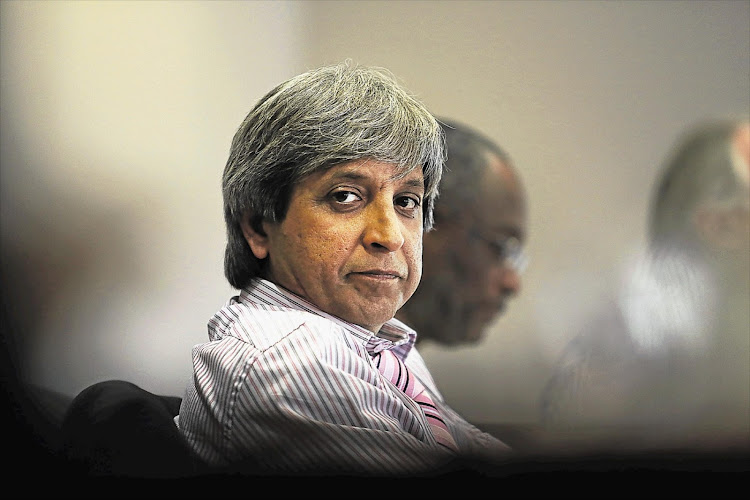 Former Wits University vice-chancellor Adam Habib has come under fire after he used the N-word during a video call with students at the University of London’s School of African and Oriental Studies (SOAS).

In a video circulating on social media, Habib is in an online meeting with students before one student points out that someone used the word to refer to a student. Students were complaining that some lecturers had used the slur and that complaints from black students were ignored.

However, instead of Habib referring to the slur as the “N-word’”, he says it in full.

“I come from a part of the world where we use the word,” says Habib.

Students at the University of London's School of African and Oriental Studies (SOAS) want former Wits University vice-chancellor Adam Habib to be ...
News
8 months ago

Immediately after saying it, a black student who was part of the meeting tells Habib he had no right to use the word.

“You are not a black man, you cannot use the word, regardless of your lived experience,” he tells Habib, who is the director of SOAS.

“You have not faced the trauma and the oppression of black bodies, what we go through 24/7 for the last 500 years.

“You do not embody our history, therefore, you cannot use the word.”

In an attempt to apologise, Habib says he comes from “a part of the world where when someone use it, context matters”.

The EFF also slammed Habib, saying he should be removed from his position because he “exhibited extreme bigotry”.

“In a typical display of racist arrogance, and a disregard for being called to order which was his trademark in his shameful tenure at the University of Witwatersrand, Habib refused to be corrected on his position and how it was historically and politically wrong for him to use the N-word when he does not have the social and cultural experience of the word,” the party said.

In a petition circulating publicly, a call was made for the removal, resignation and/or dismissal of Habib within 31 days.

The petition said Habib’s action was “emblematic of the experience black students go through at SOAS”.

It stated this pointed to “the structural racism embedded within SOAS” and that students do not want an apology from Habib and seeks only his dismissal.

“For us as a black student body, we shall not accept leadership from a director who is racist and does not understand the African condition, African history and why there are black Africans in the diaspora,” read the petition.

“I said, ‘This is the first time I've heard of it, but if somebody has used the N-word against another human being — and I actually verbalised the word — then it would violate our policies and we would take action, and please bring it to my attention’,” he said.

He insisted his use of the N-word had no “malevolent intention”, saying: “It has become quite a controversy in part because some student leaders have mobilised around it and some South African actors have got involved in it”.

n an explanation on Twitter, Habib said the viral video was deliberately cropped in a way to misrepresent.

“Do I think I did something wrong? No, for reasons I explained above. However, I did apologise because some individuals felt offended, and it was the right thing to do. Did it make a difference? No, because some focus on the politics of spectacle. These are my final words on the issue,” he said.

1. I notice some individuals deliberately misrepresented a conversation in a student meeting yesterday. The video is deliberately cropped in a way to misrepresent. Unfortunately many others have rushed to judgement without the full facts. So let me explain what really happened:

Students at the University of London's School of African and Oriental Studies (SOAS) want former Wits University vice-chancellor Adam Habib to be ...
News
8 months ago

Malema told one Twitter user that he will not back out of the tea date.
Politics
9 months ago

Anonymous sources said former president Jacob Zuma stuck to his guns and refused to testify at the state capture inquiry.
Politics
9 months ago